Chaz wanted to get some training in for the upcoming “Idaho City 100” enduro race. So we decided to start at Weston canyon and try to “hit it hard”. We started at the bottom of Weston Canyon were met with a whiteout snow/hail storm as we climbed north up the ridge line, the wind was blowing pretty hard too. I was happy that Chaz thought to bring two Jackets, because I had forgotten mine. We ran into a lot of snow, but it wasn’t too bad since it was so cold we could mostly just ride on top of it.

The weather got friendlier as the day went on and it rained a little bit off and on, but made for great conditions, not too muddy and no dust at all. We met Brock out at the furthest point, he was doing the same loop, but the opposite way. He told us that there was a lot of snow where he had come from, so we decided to turn around and return the way we had come. I think we were all pretty tired by the end of it, but it was a blast.

Garrett also told us he was moving out of the valley, sad to see you go Garrett, let us know when you can come visit and ride!

Crew: Chaz, Garret, Brock and me. 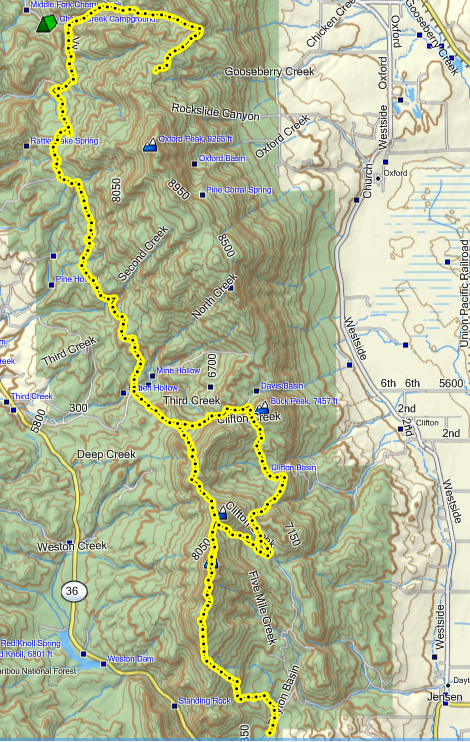 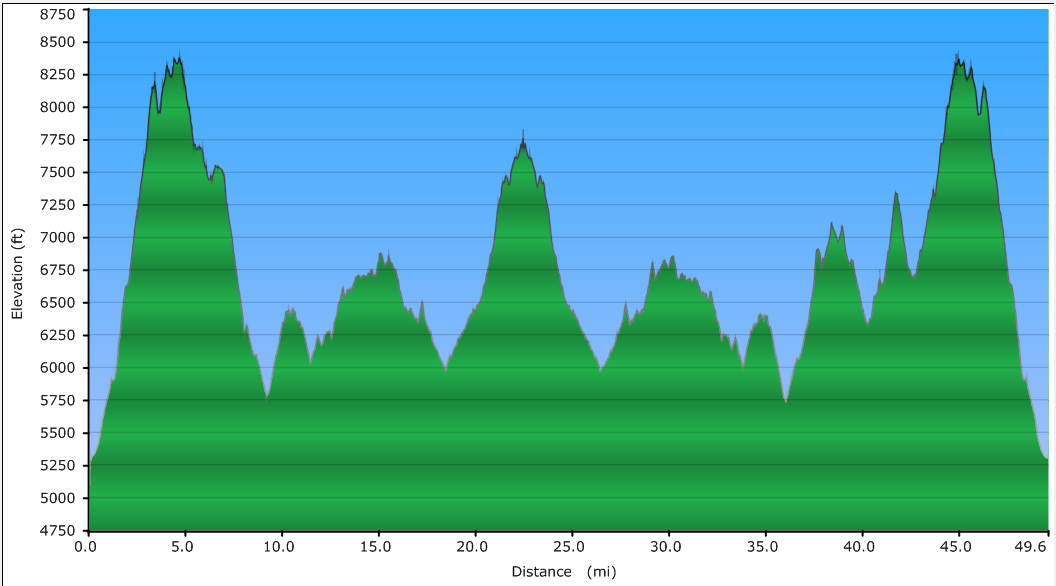 It was such a long cold spring which made it hard to satisfy the itch to get out and ride trails… occasionally I’d take off for an hour or so from the house or get the kids and go ride close to home and to hopefully get a little bit of a workout. I happy to live where I do, although Providence or Millville might be nicer for this type of convenience… 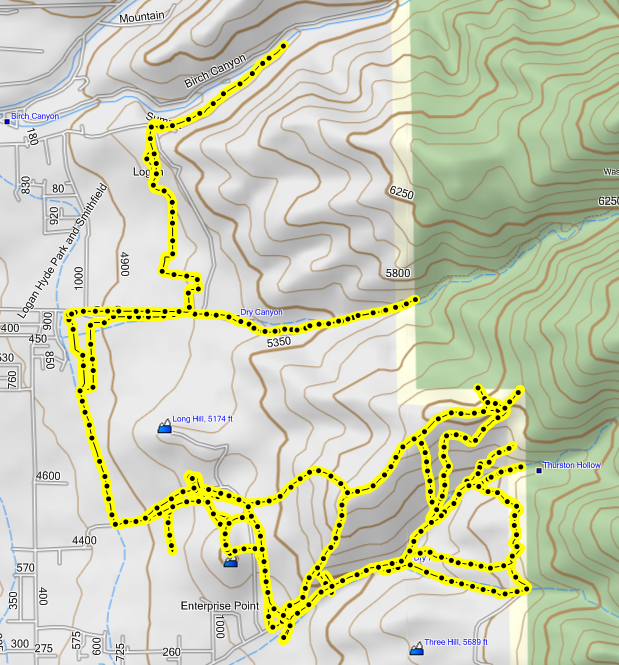 Comments Off on Close to home

The season is finally here! After what seems like an eternity of cold weather, today brought excellent conditions and an awesome ride in the hills. We did end up bucking a bunch of snow and even had a quick snow shower and rain roll through. Good good times, when are we going again?

Check out the video below, Chris demonstrates the textbook procedure to execute a proper endo.

My batteries died ~10-15 miles before we got back to the truck, so these stats are off a little. 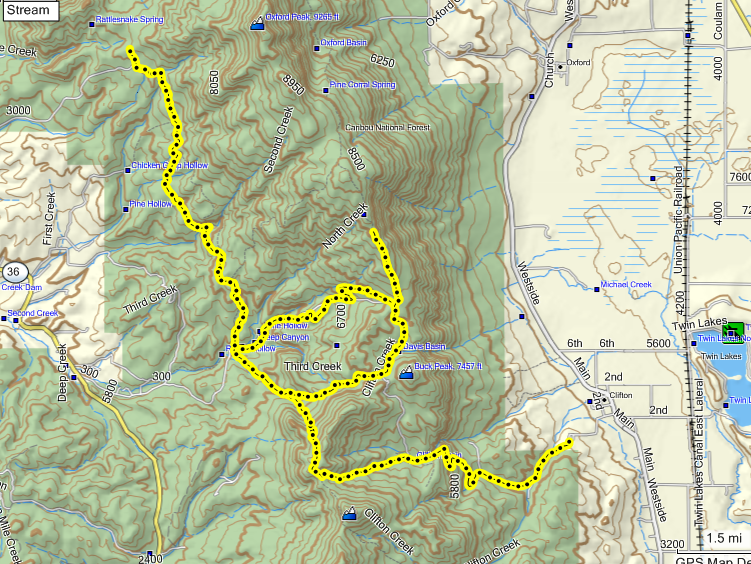 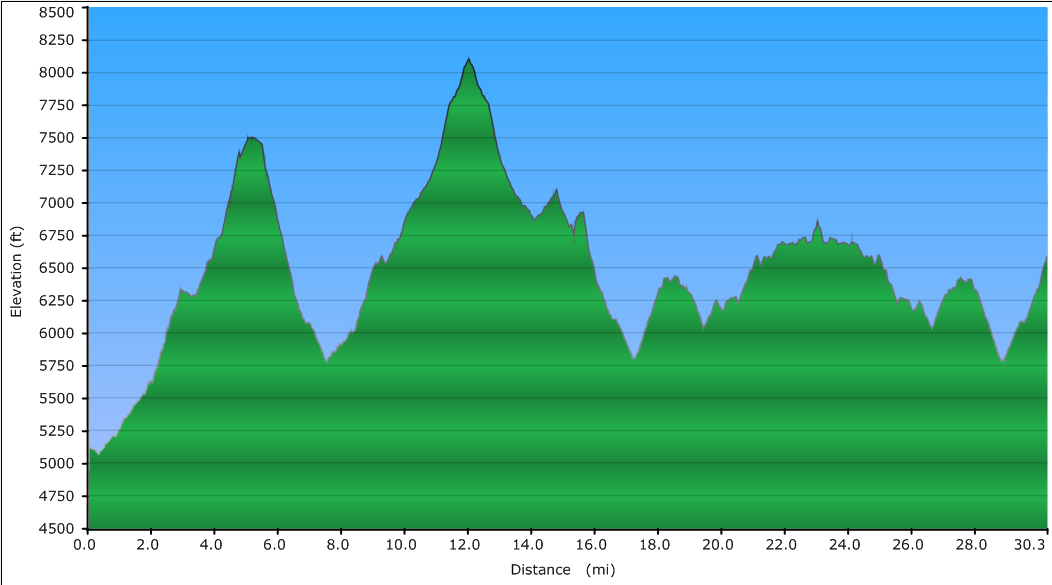 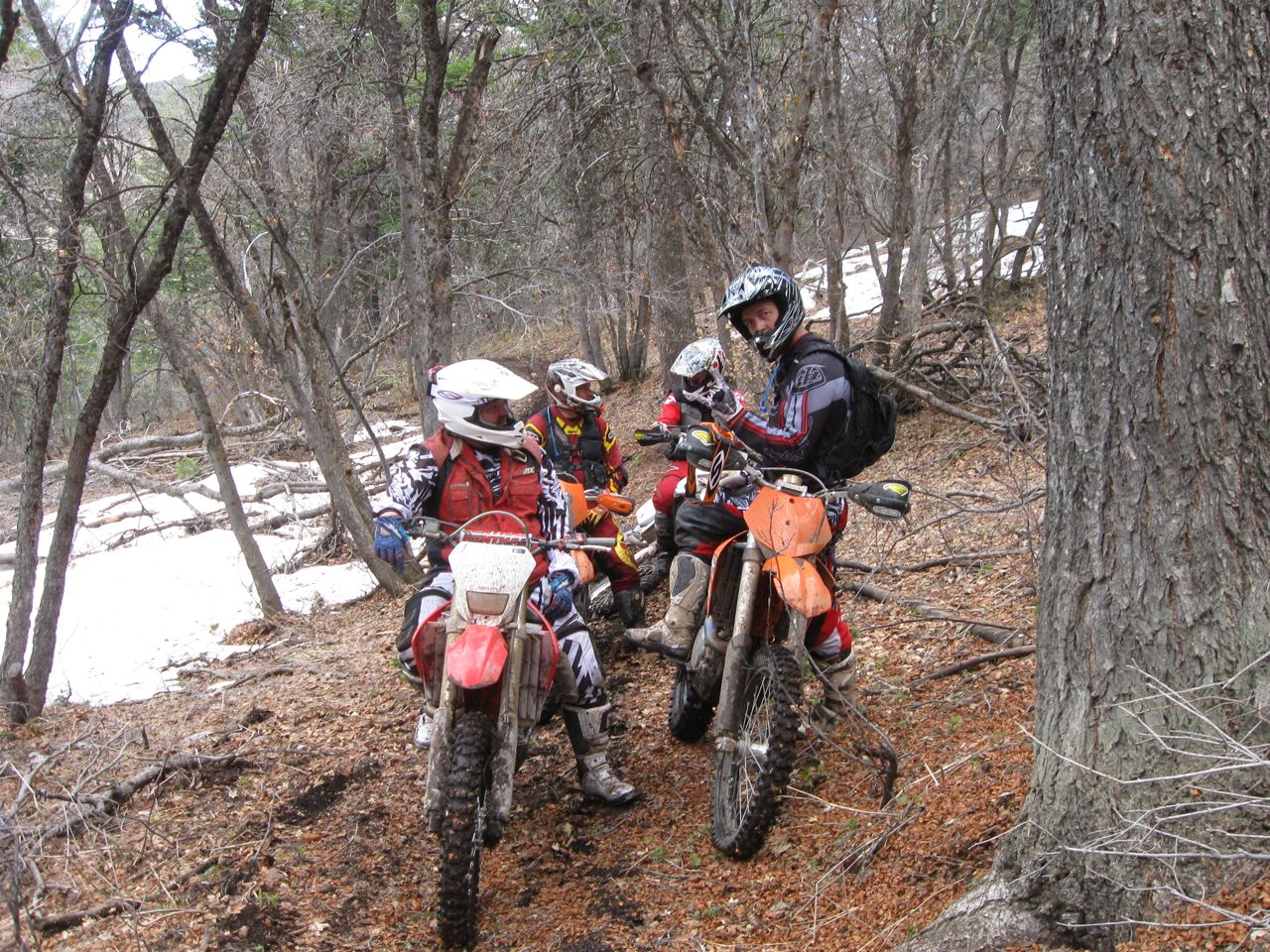 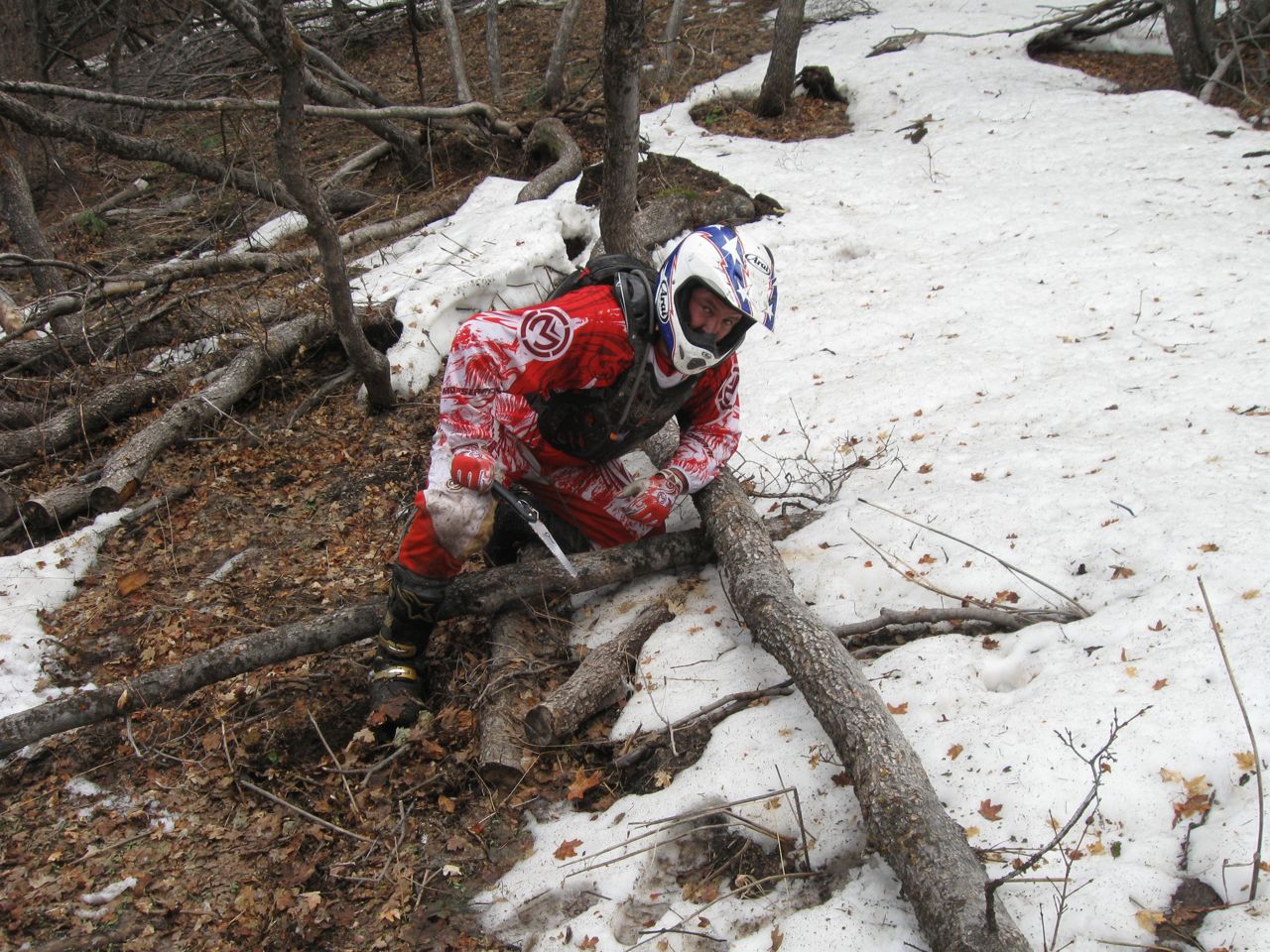 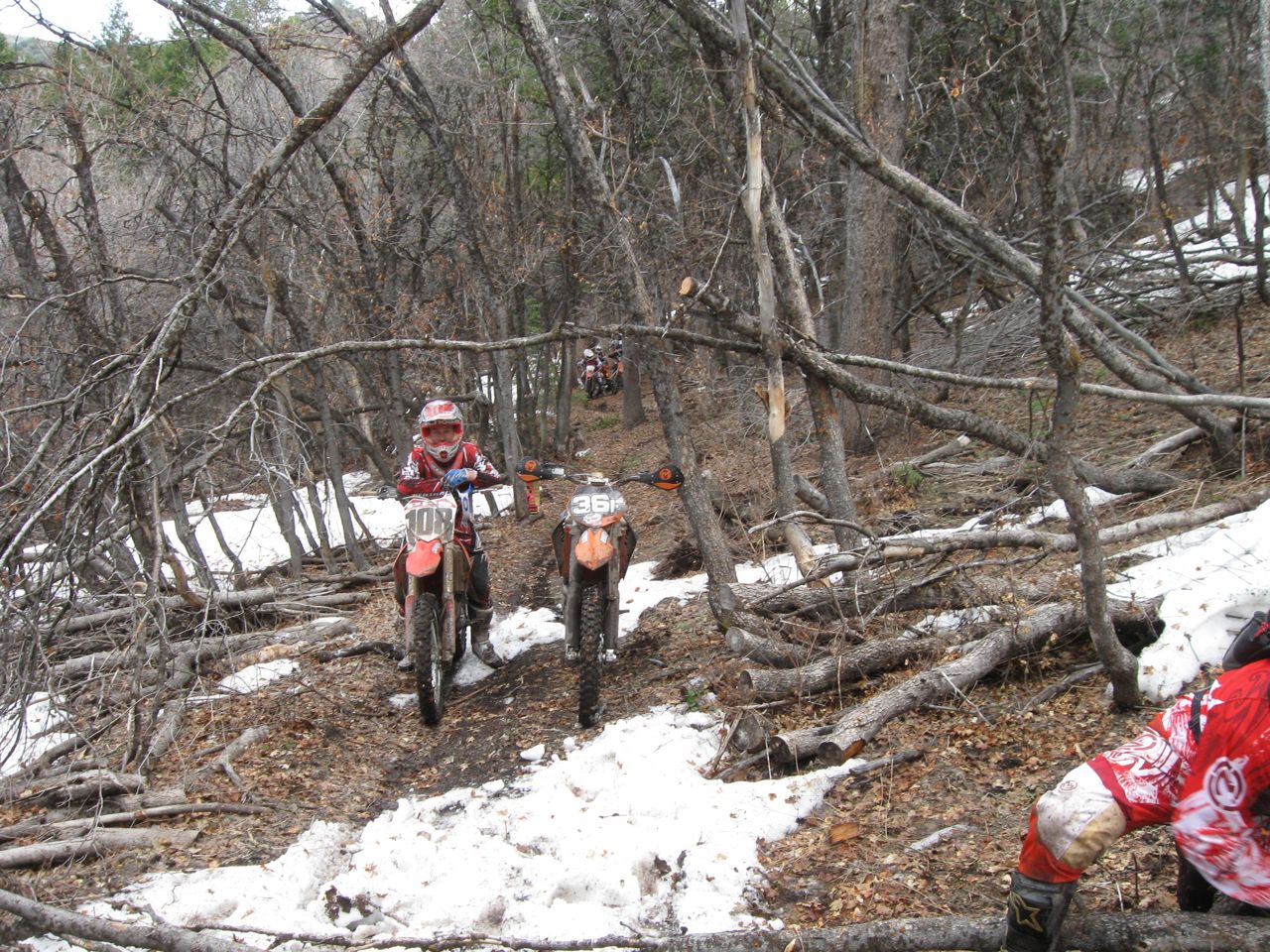 Comments Off on Dayton