Went on a good, fun ride with good crew. We started up Card and made a good loop with Richards and Whites, it was heavenly… in fact, some might say it was celestial. I finally got lucky and cleaned the root on Card for the first time this year! The ride was super dusty, unfortunately, the forecast for a little rain didn’t pan out until after we were home. 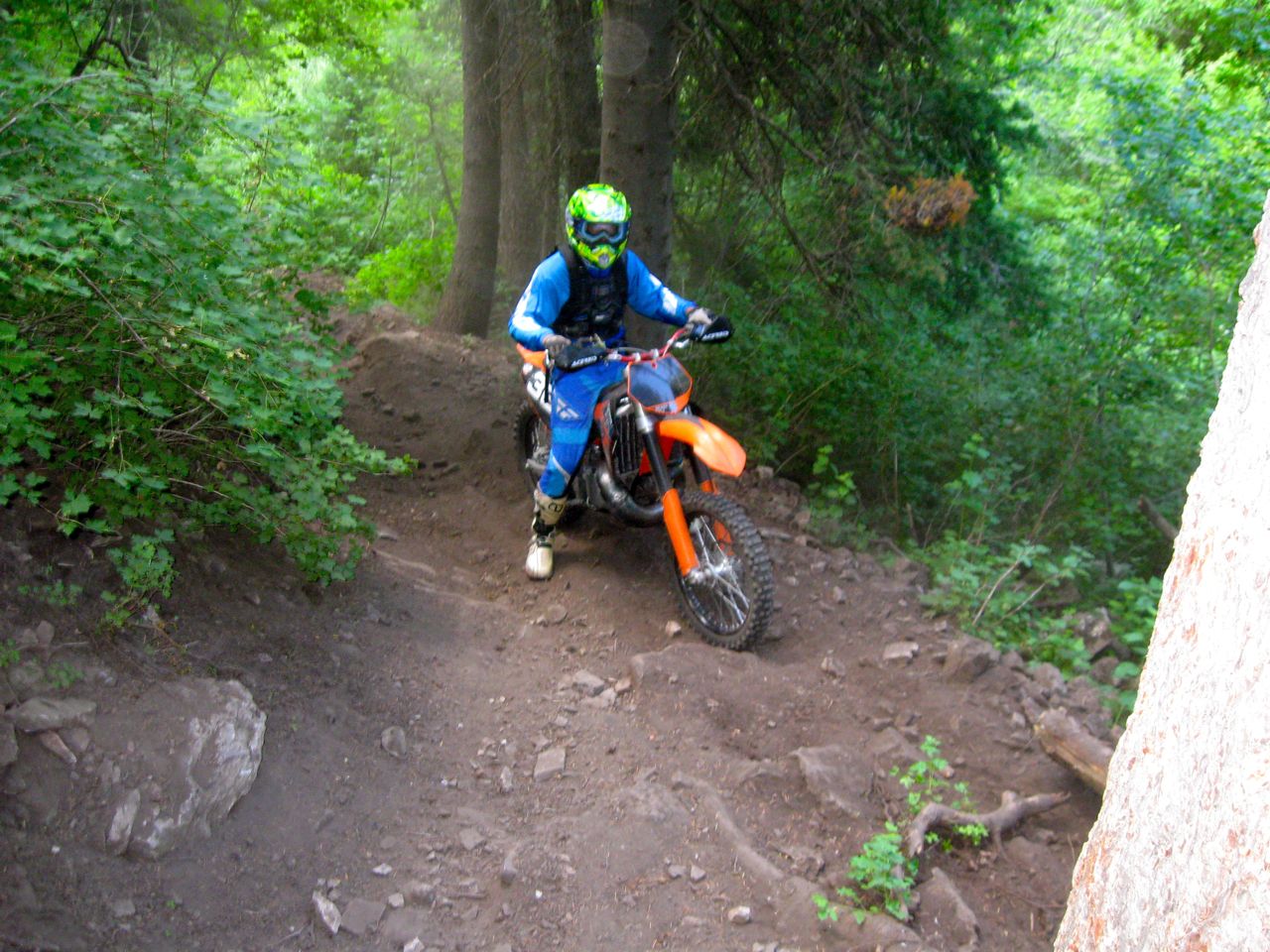 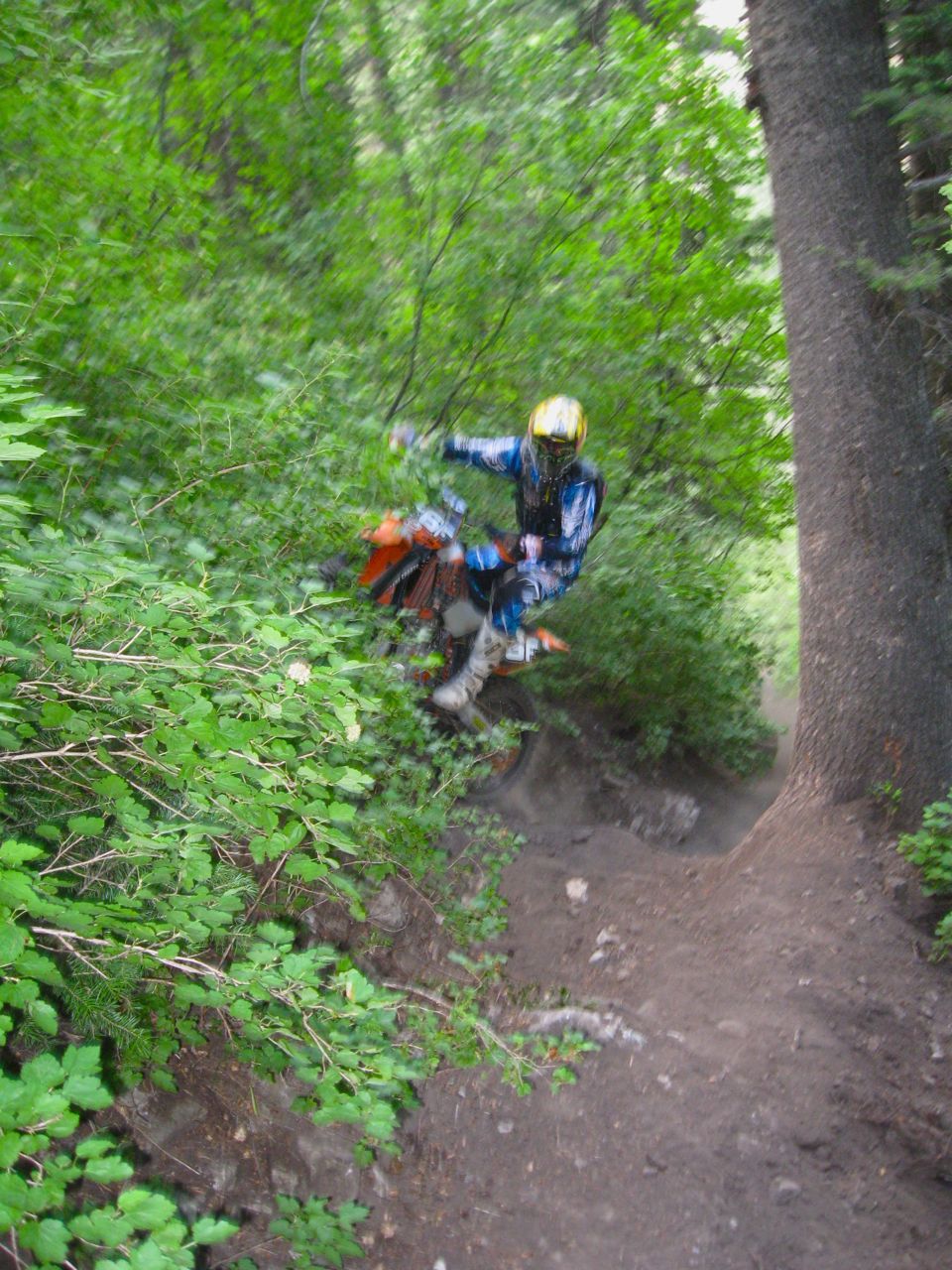 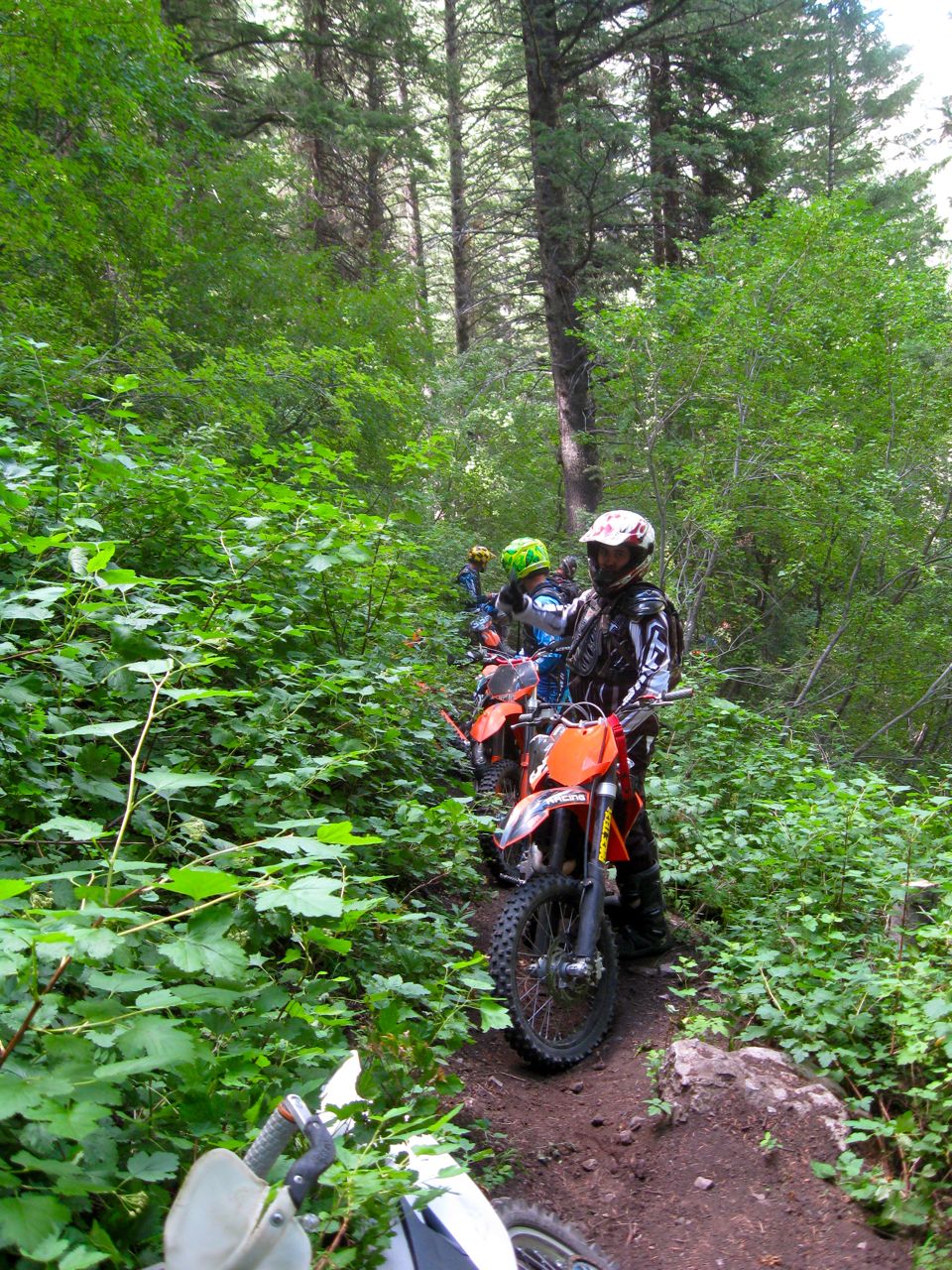 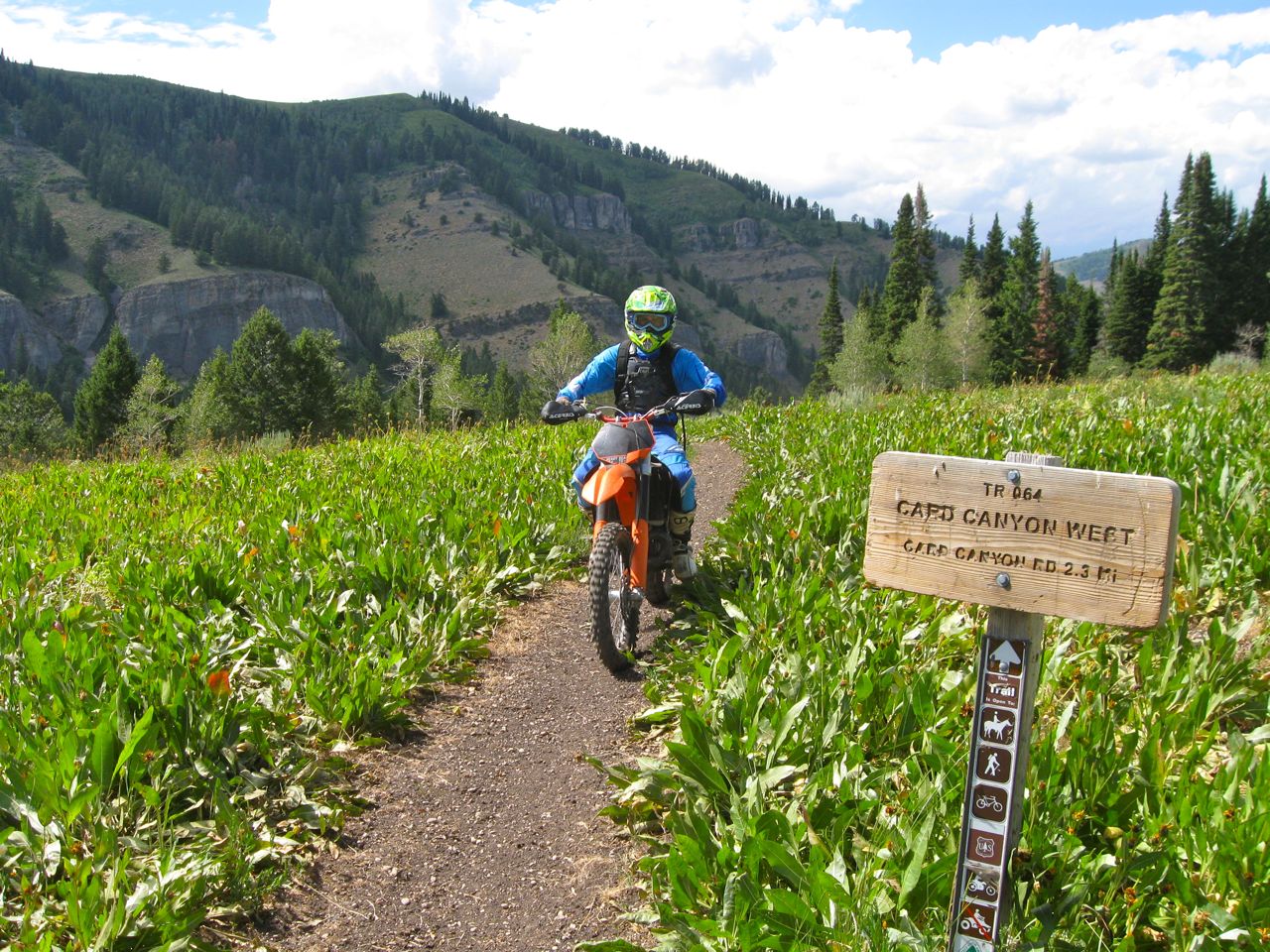 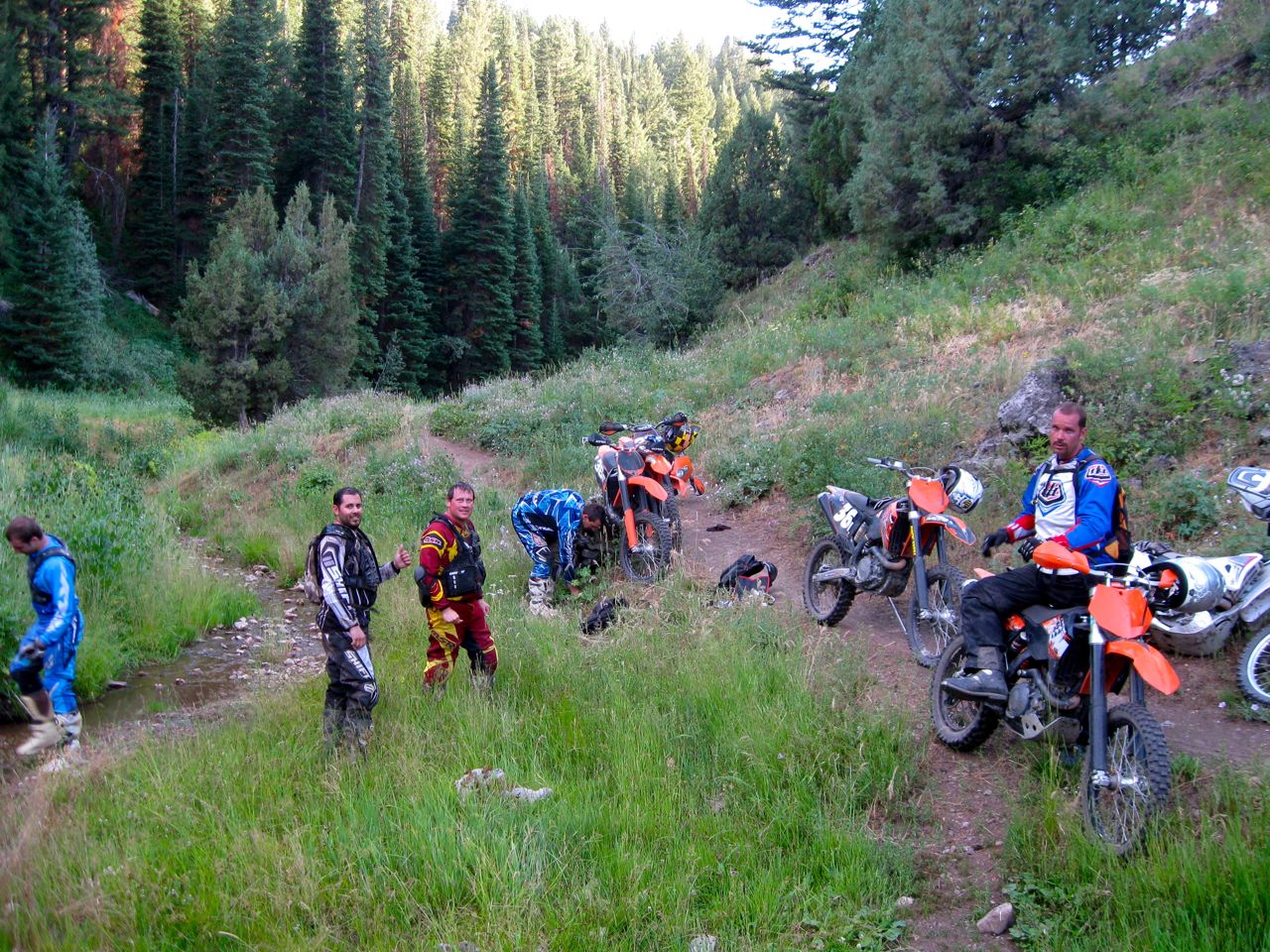 Congrats to Brock for qualifying in the LCQ and coming back to win the main event, way to go champ!

I went to spectate and cheer on the local guys at the Pocatello Power Sports / Cache Valley MX Endurocross race. The course looked pretty brutal and I’m a wimp because I’m glad I chickened out and didn’t sign up to race… although I’d like to go practice on the course if they leave up permanently. Good thing Brock (KTM 36F), Chaz (KTM 41F), NateZ (KTM Red/Black gear), NateL (Yamaha 1X), and Chad (KTM 139) were there to represent the local talent… I don’t think I recognized anybody else from around here?

Here are a couple of videos, the first one has all three of Brock’s races (about 12min), the second is of Chaz giving it a good go. Good entertainment!

One day, while camping with his family, Chaz stumbled across a new-to-us moto trail at the back of the Albert Moser campground up Cub River, ID. He mentioned it to me and we thought it’d be fun to go check it out. We started over by Beaver Mountain and went up Sink Hollow, then took the Highline trail over to Danish pass. At Danish pass, we took the road down for a couple of miles until we turned off on an ATV trail that I’m pretty sure is called Sugar Creek, it was steep and fairly rocky and eventually dumped us a dirt road that ended at the Cub River road. After hitting the pavement, we made our way up to the Albert Moser Campground, at the back of one of the campsites is the trailhead marked as “306” on the marker, but “108” on the map. It was steep, narrow, and very grown over, but we had a blast making our way back. The trail is not marked very well at all and it took a little trial-n-error and a lot of scrolling on the GPS to figure out which way to go. We were boiling over, our bikes were boiling over, and JayZ melted the “Y” connector for the coolant and lost all his radiator fluid. Eventually the trail took us back to the Sugar Creek trail that we had come down and ended up being a good ~55-mile loop (gps batteries died and lost a few miles on the stats below).

We definitely need to go back and explore some of those other trails in that neck of the woods.

Crew: Chaz, Codie, JayZ and me. 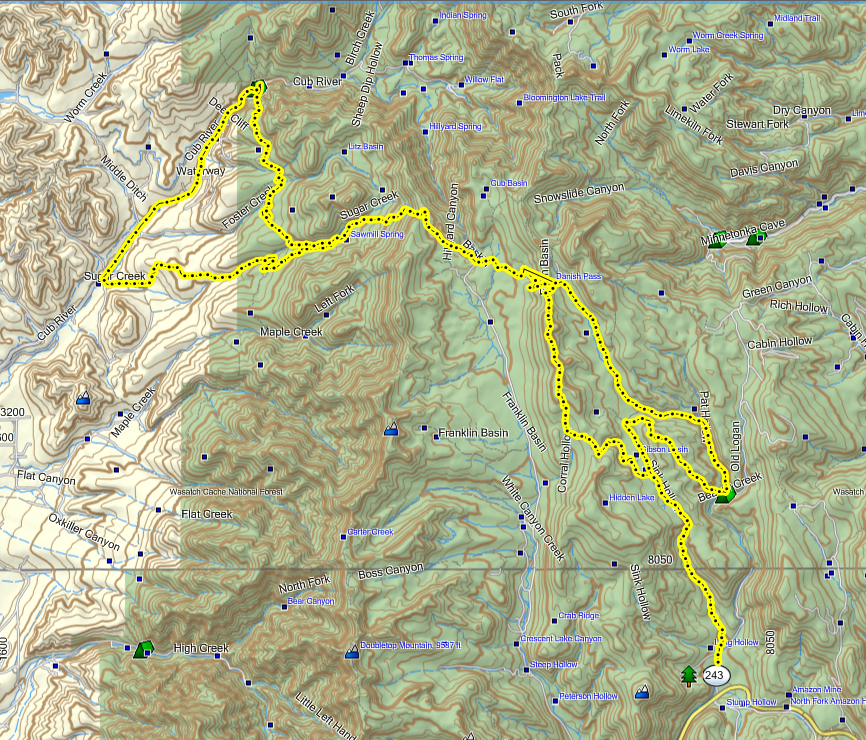 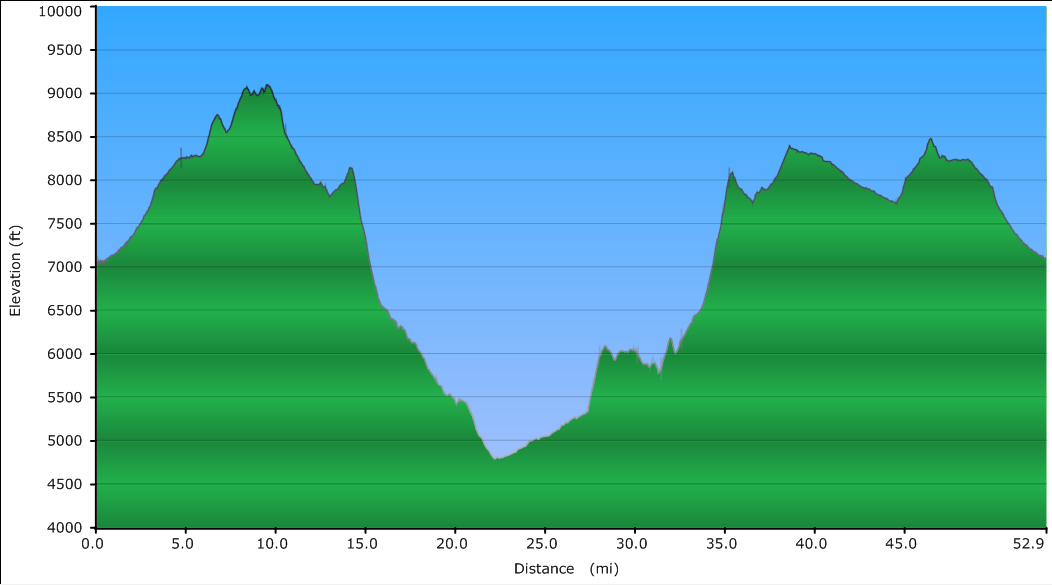 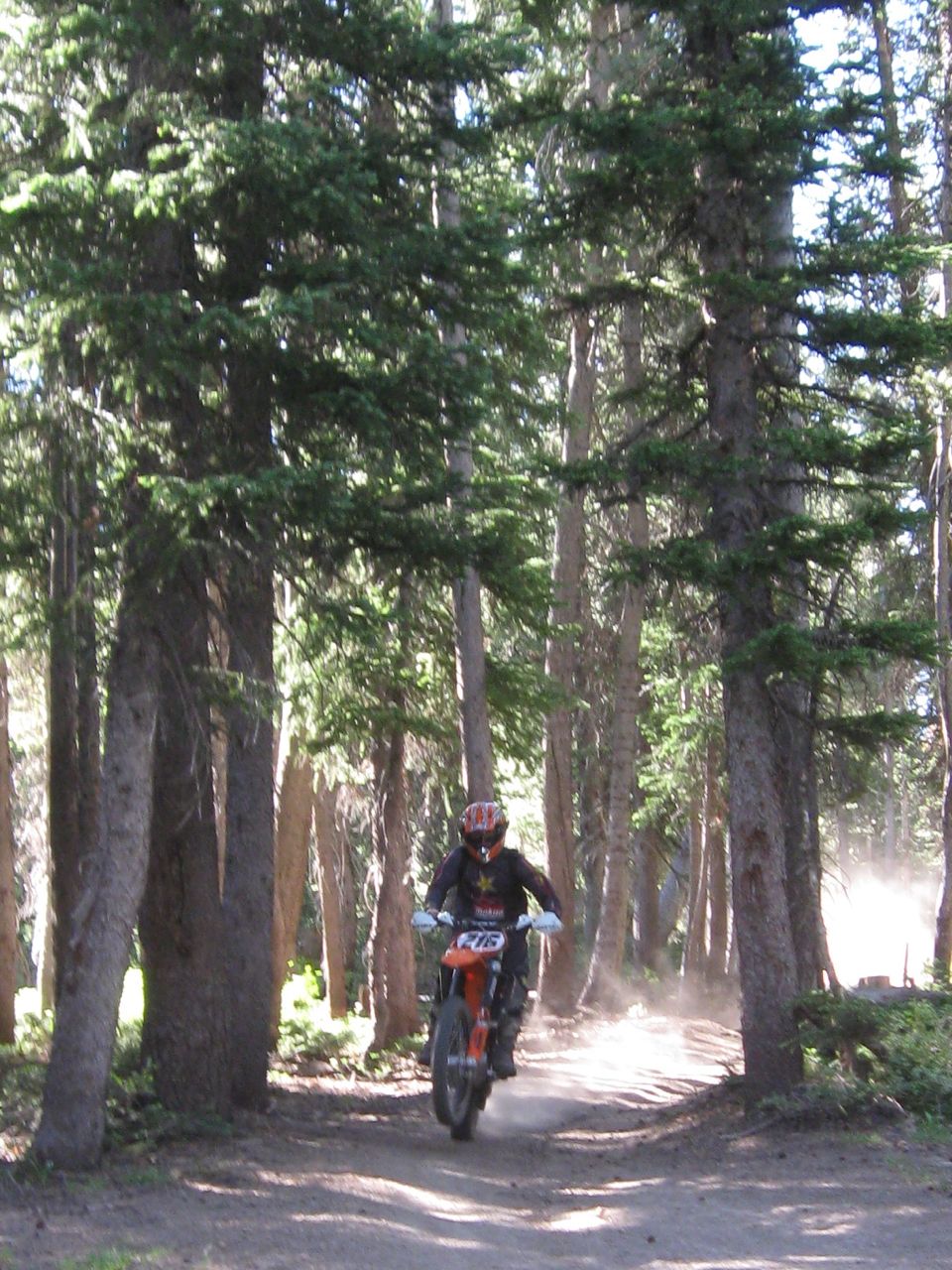 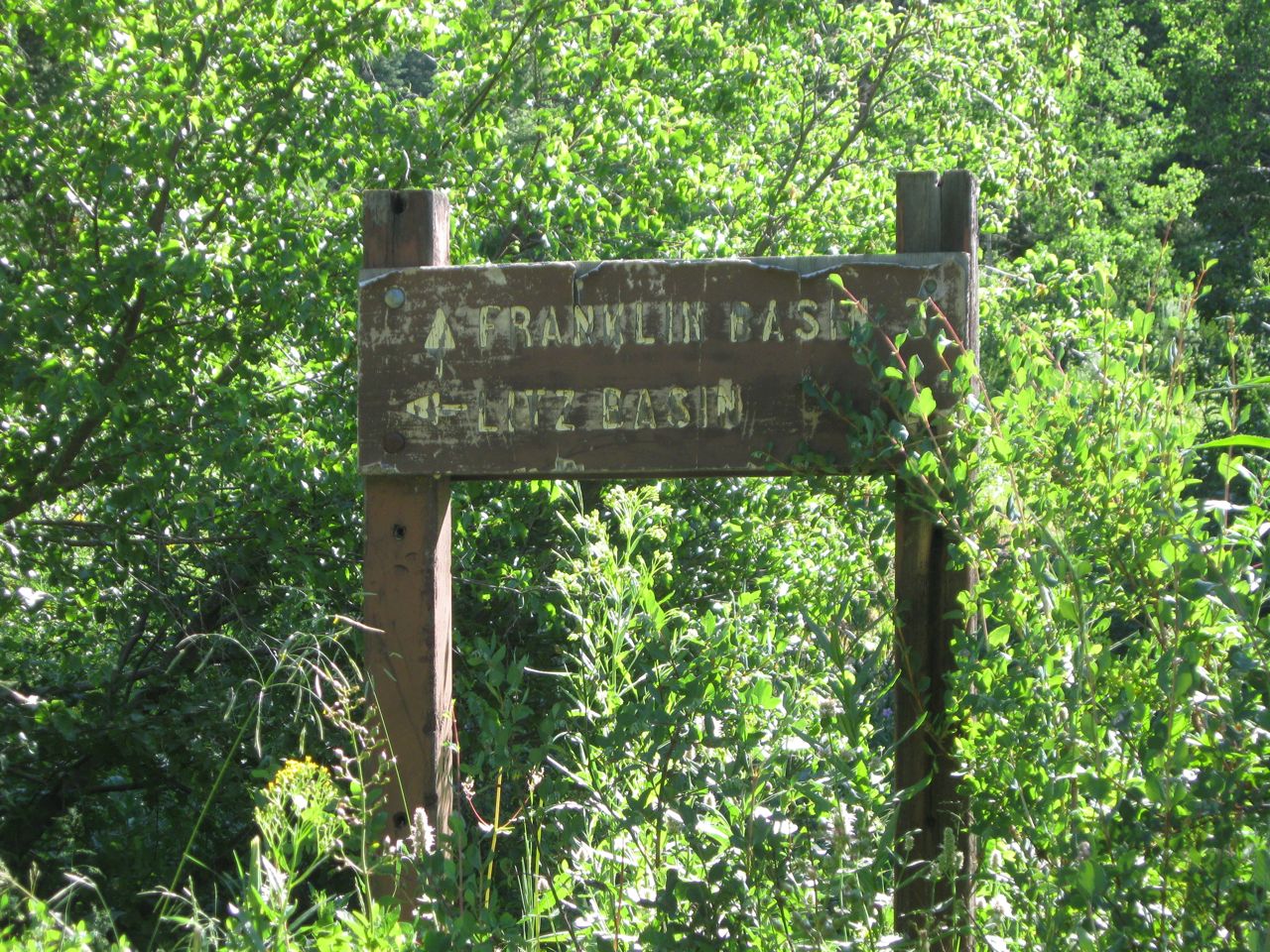 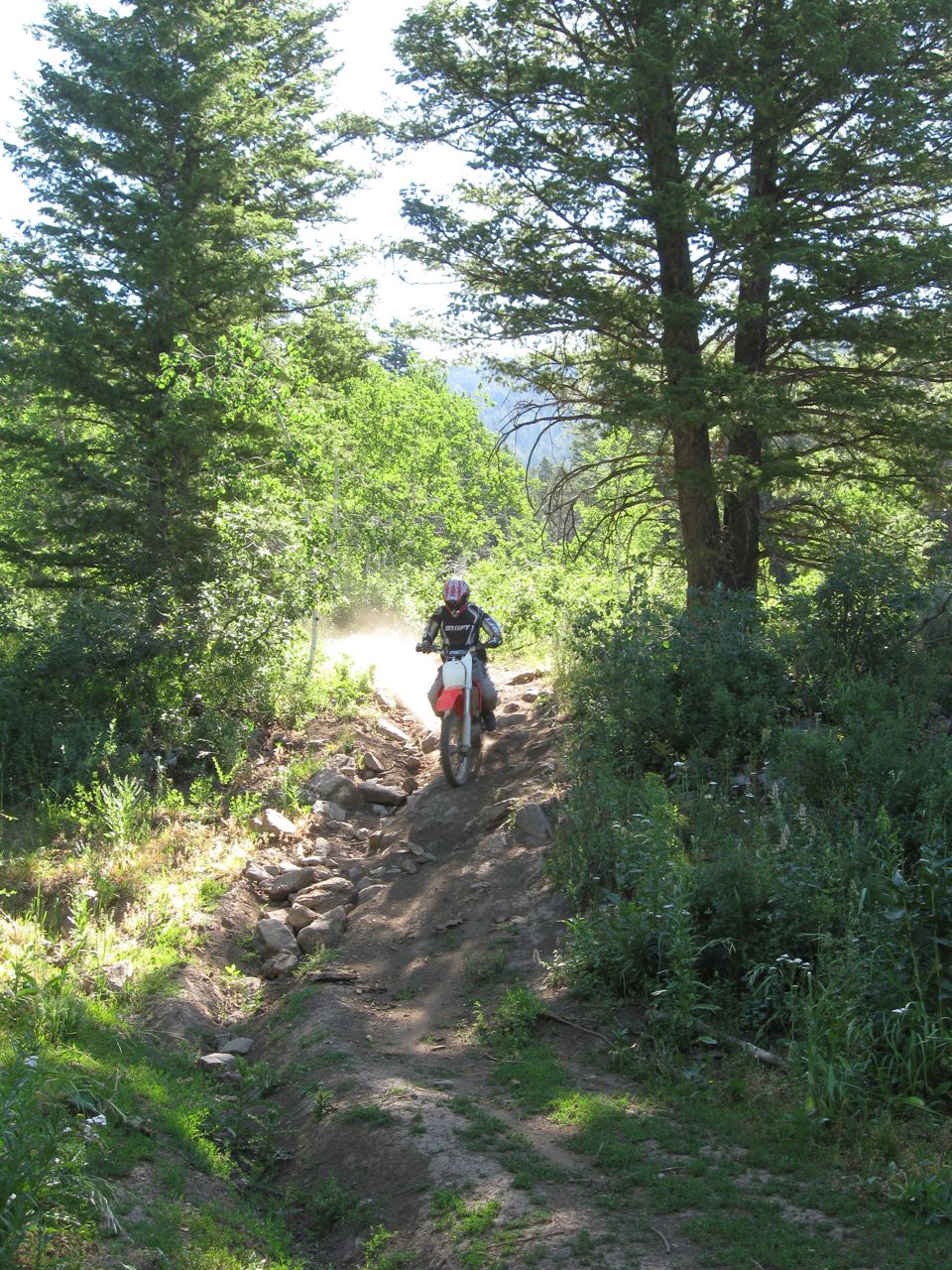 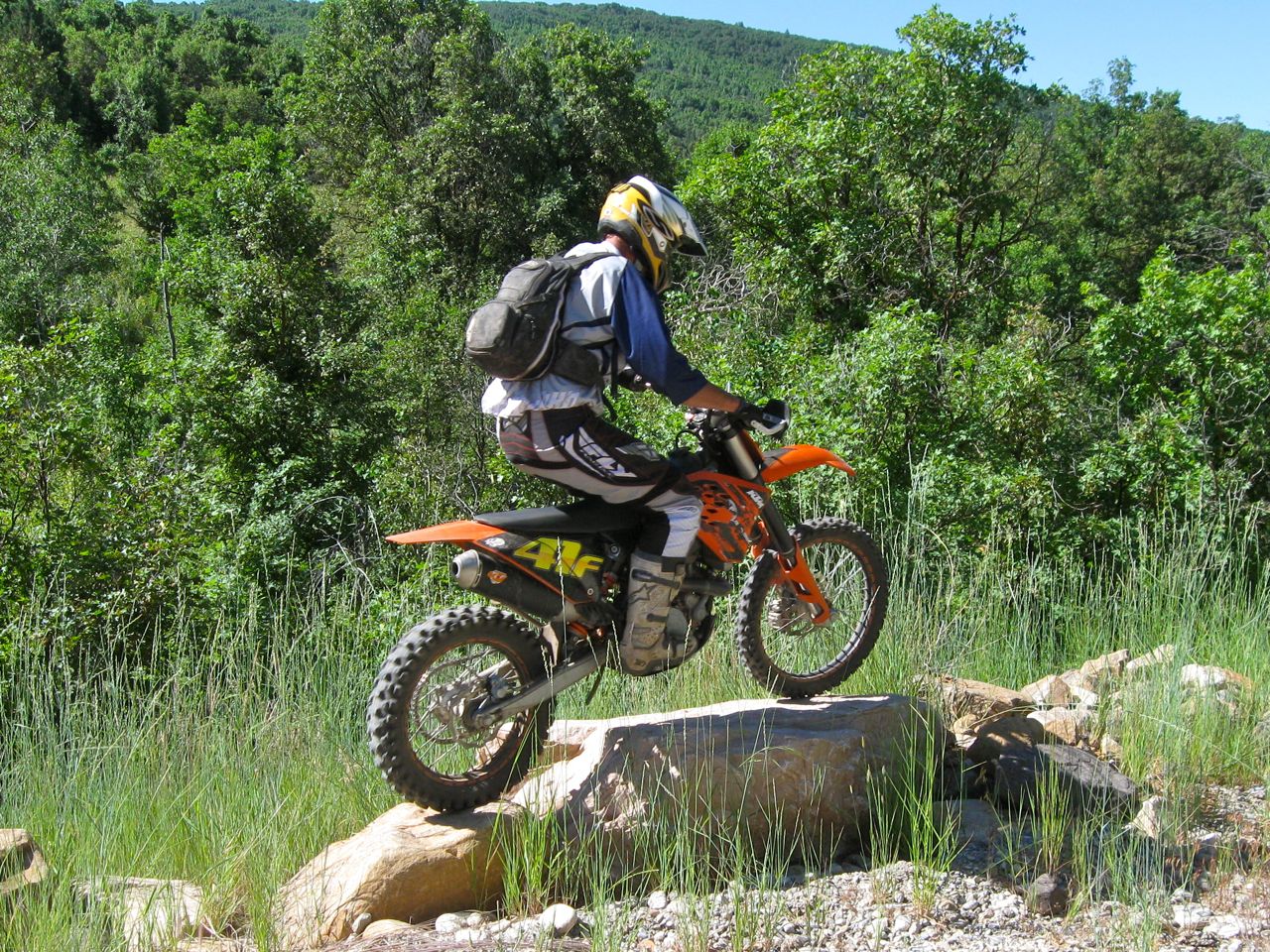 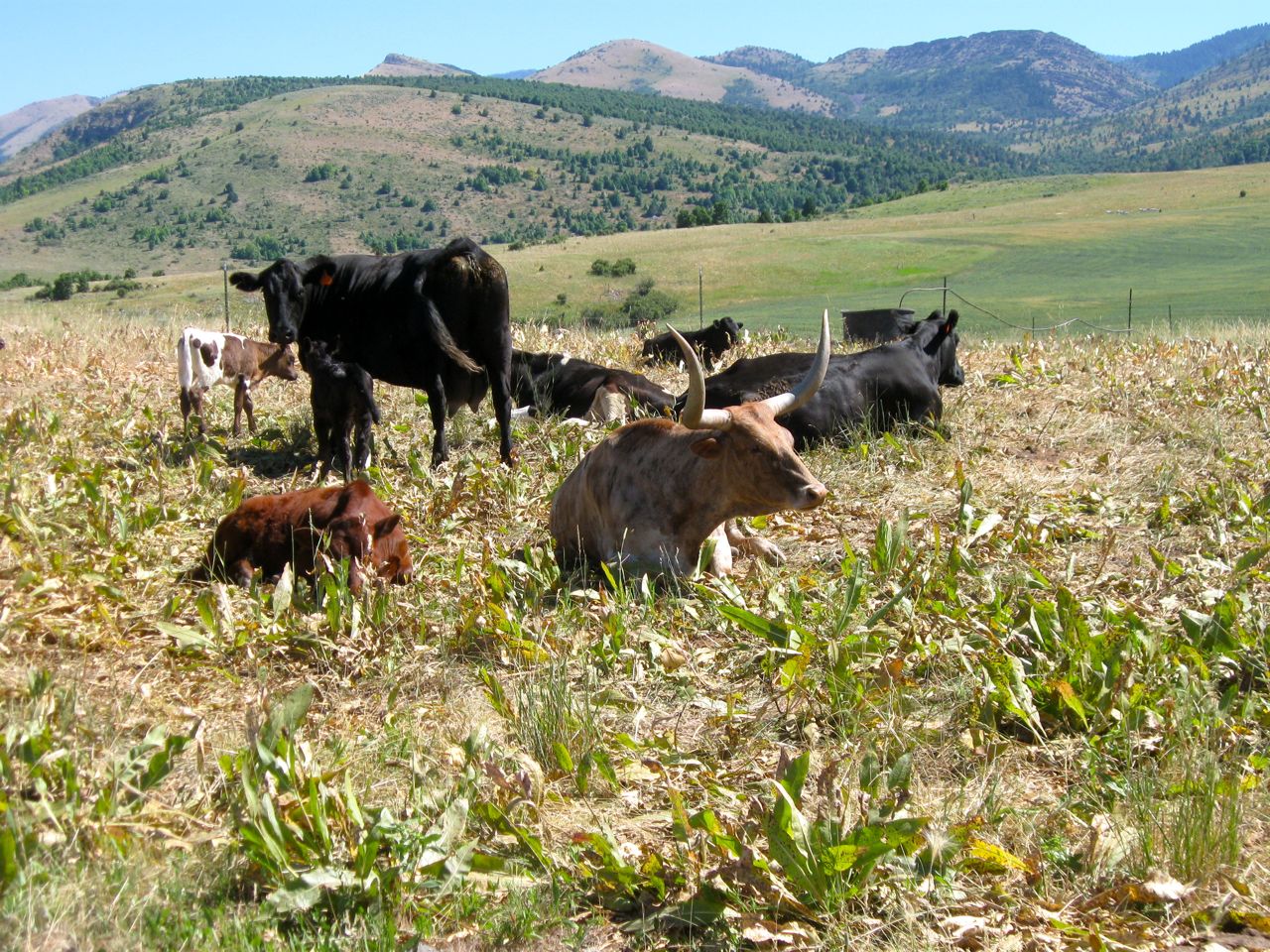 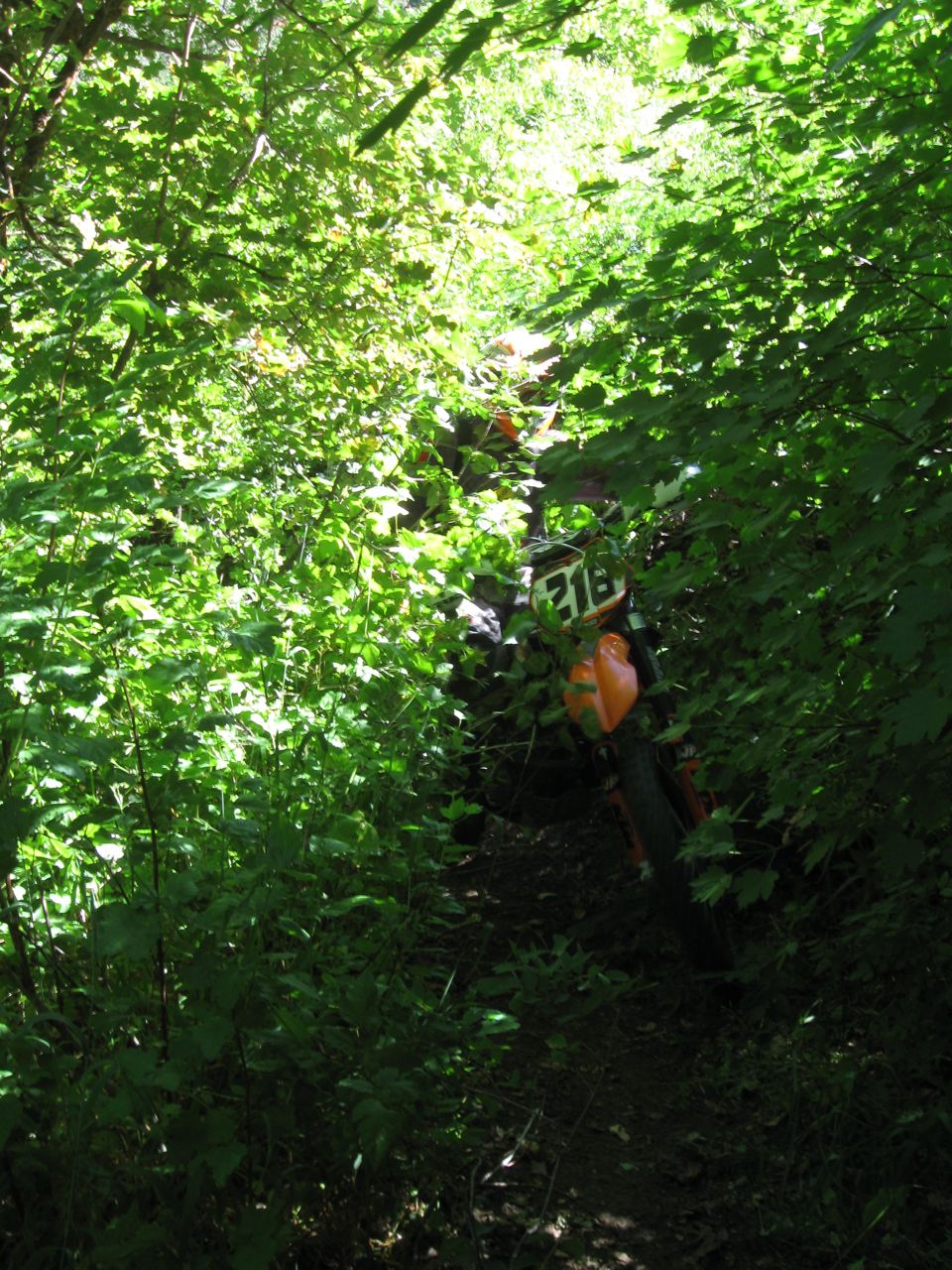 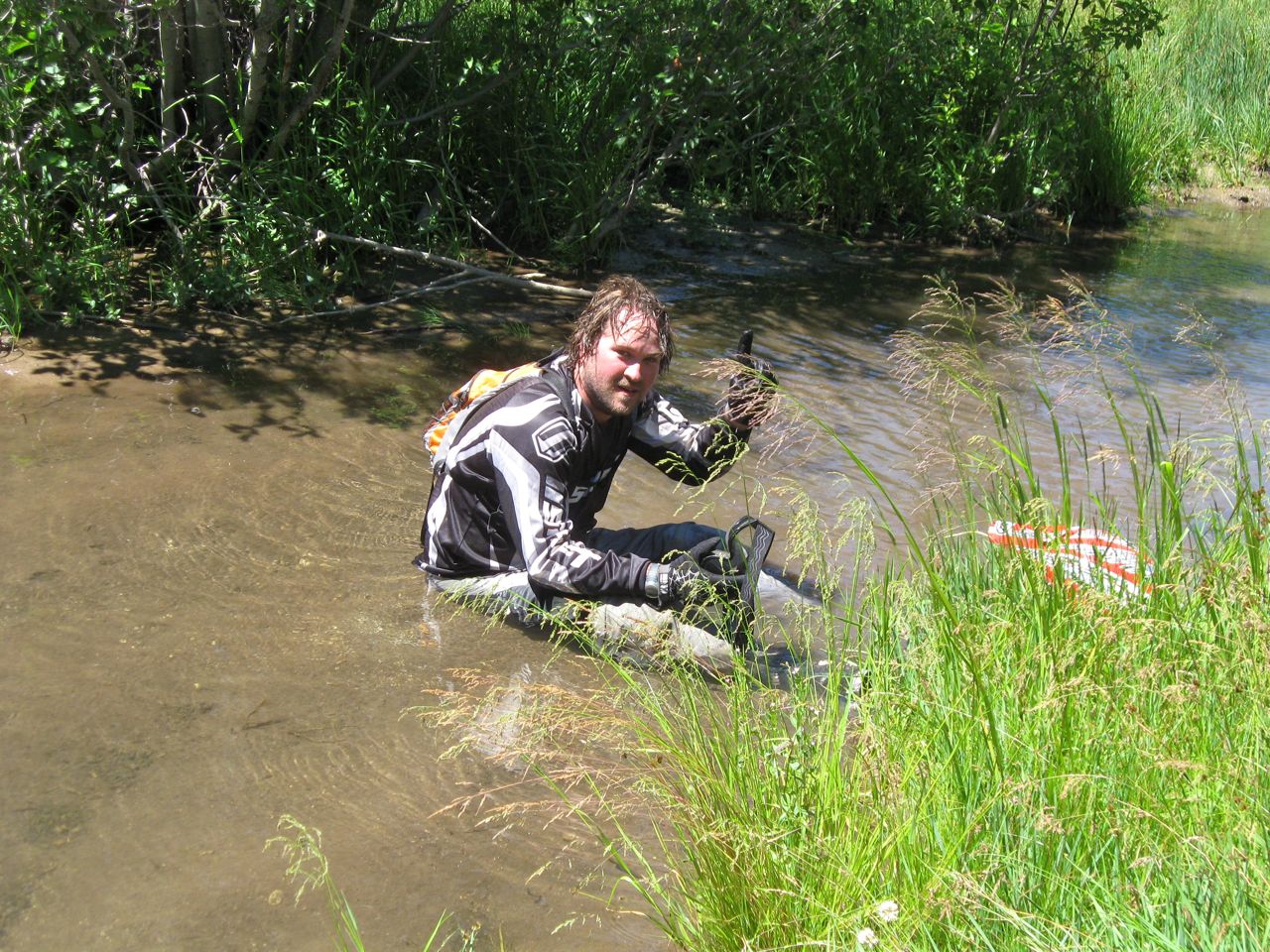 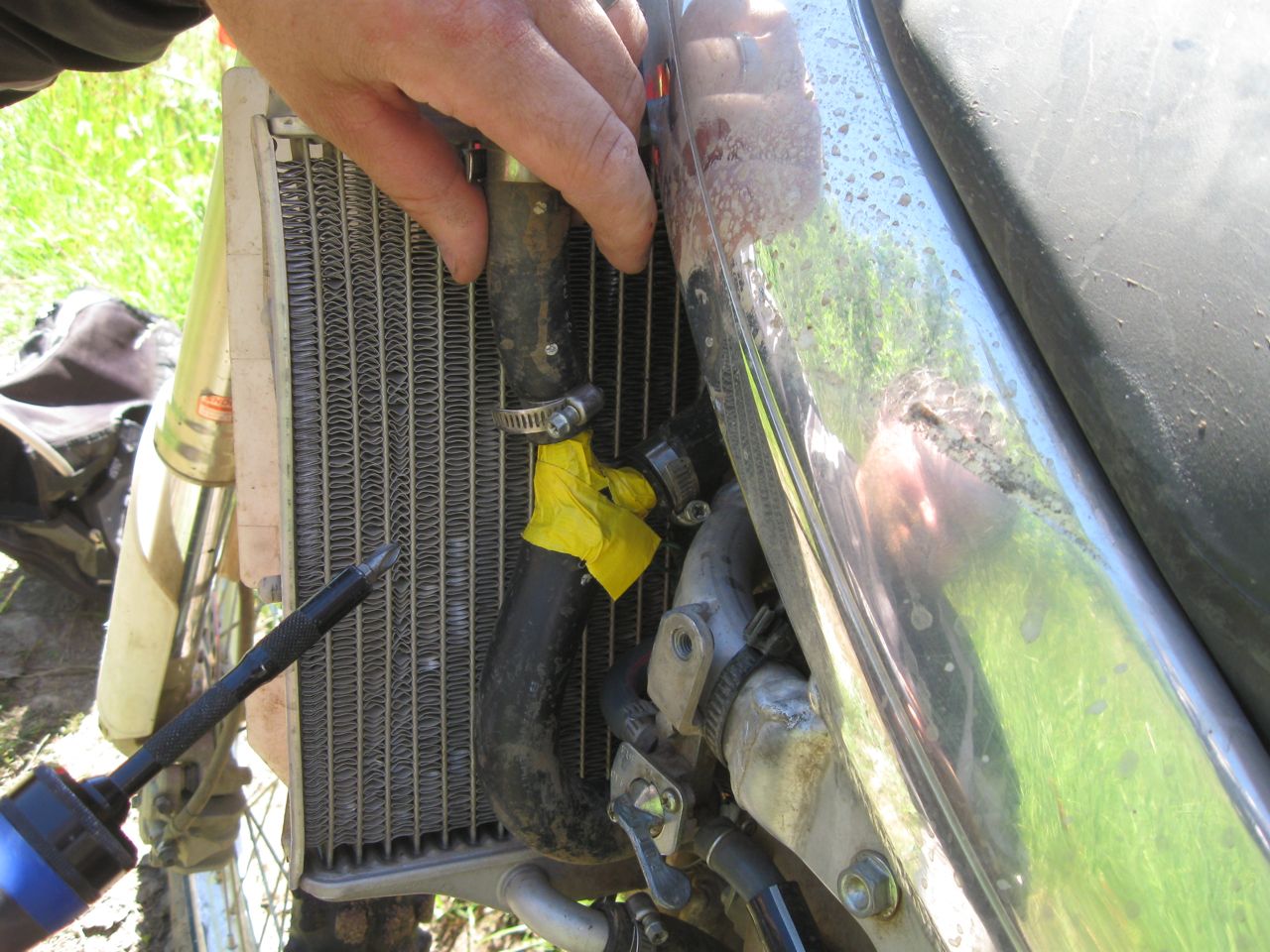 p.s. Just found out I’m a bachelor this August 5-7, so I want to ride all three days… light ride on Thursday because I have a hockey game late that night, good ride on Friday, and an all-dayer on Saturday. Txt or Call me if you’re in for any one of those!

Another after-work-solo-ride. The weather was perfect, now that it’s getting hot in the valley it sure feels nice up the canyon.

Card is really grown in, the foliage is thick and the dirt is turning to poof powder, especially by “the root” (which I got denied on :/). 016 was awesome, I forgot how much I like that trail… is that trail open now to go all the way through or is the sign just missing from where it was last year?

They’re building a new road to Mt Logan, there was a big scraper and track-hoe up there making a highway to the top, looks like you’ll be able to take a Buick up there by the time they’re done. The new road will bypass the section that goes by the warming hut and rodeo grounds. I went up the regular way and came back on the new construction road to check it out, thus the loop on that section of the map below.

Richards has a new beaver dam close to the first water crossing that is starting to flow over and wash out the trail. Met a guy from Providence on a trials bike that was out checking his game cameras, he told me to ask Tim a question that isn’t appropriate for public websites… said he has a bunch of cameras around and sees quite a bit of wildlife when he harvests the images. 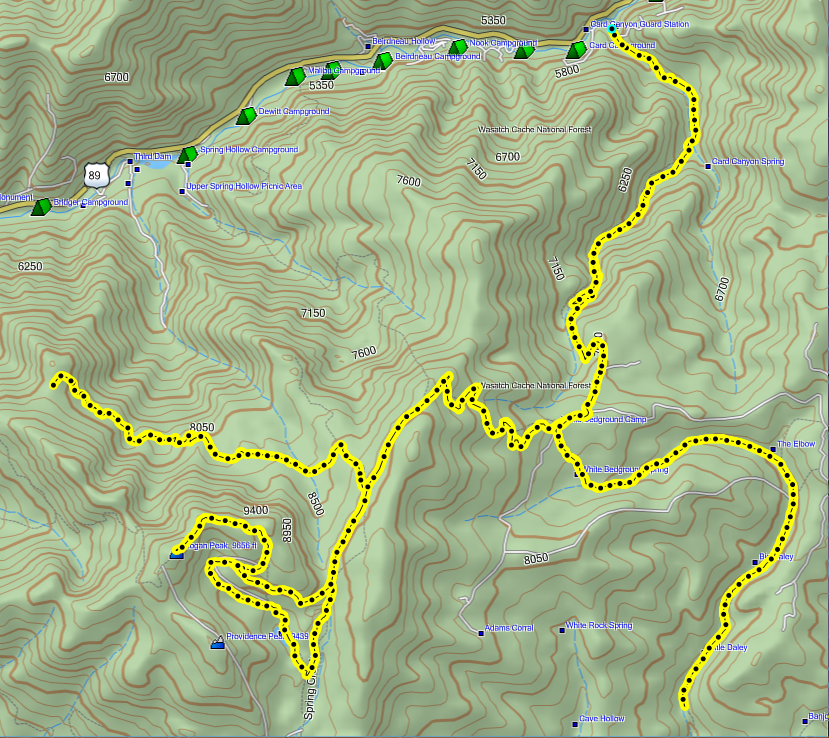 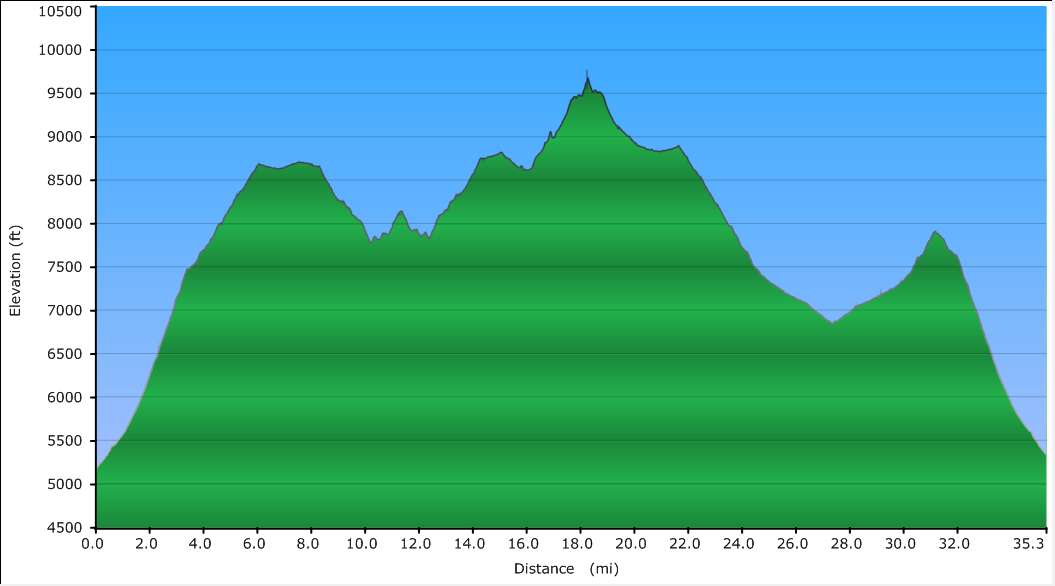 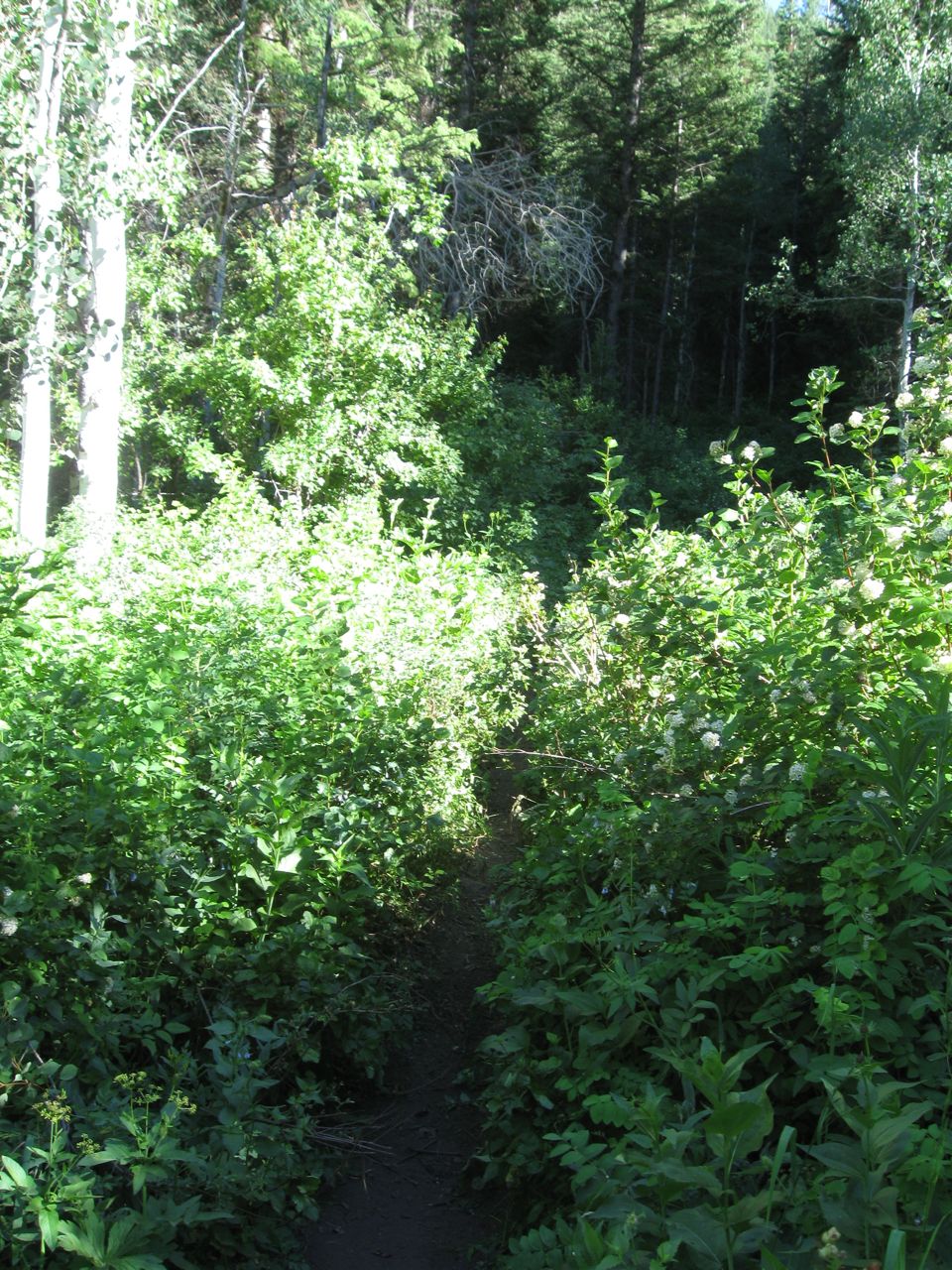 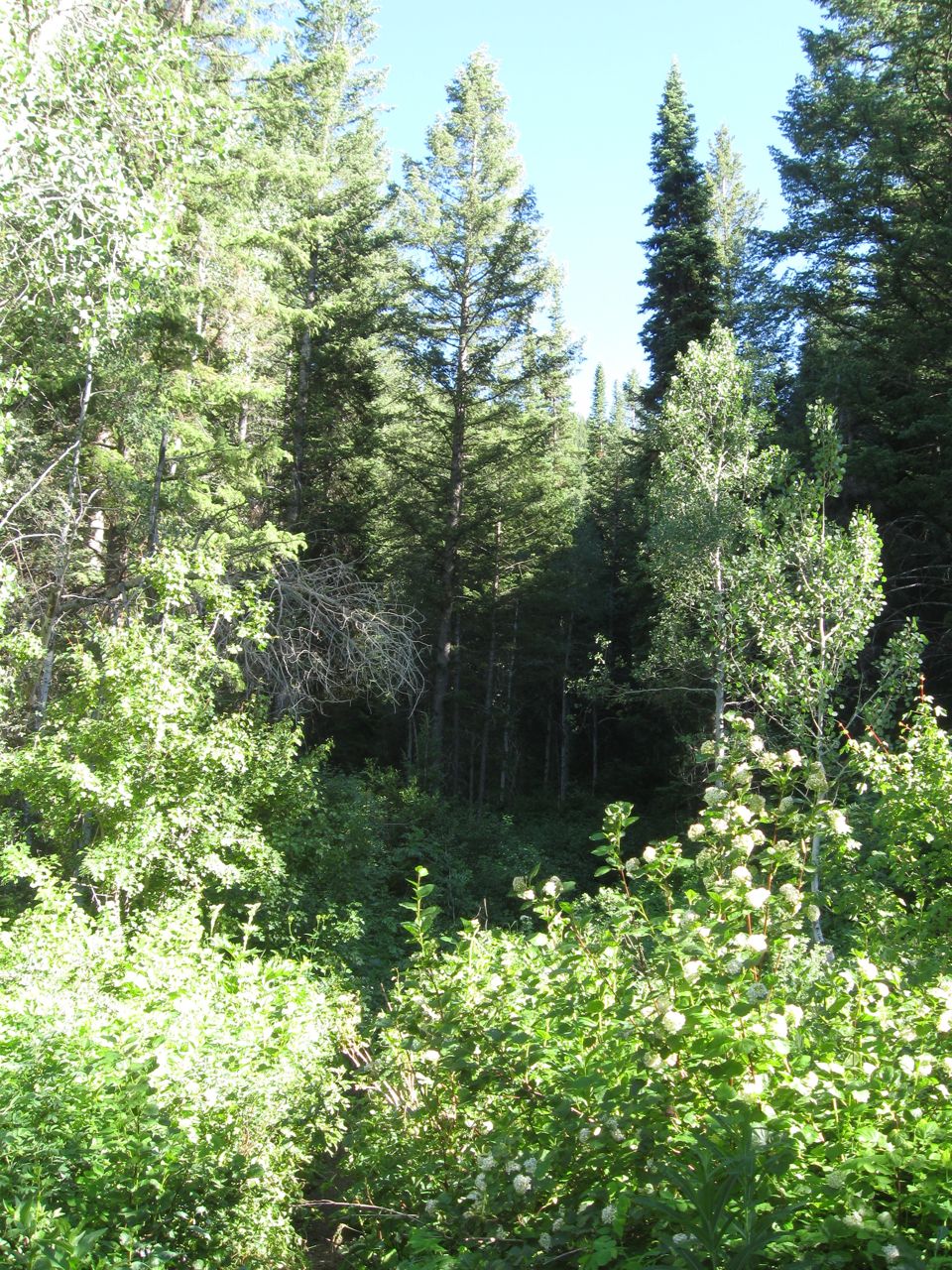 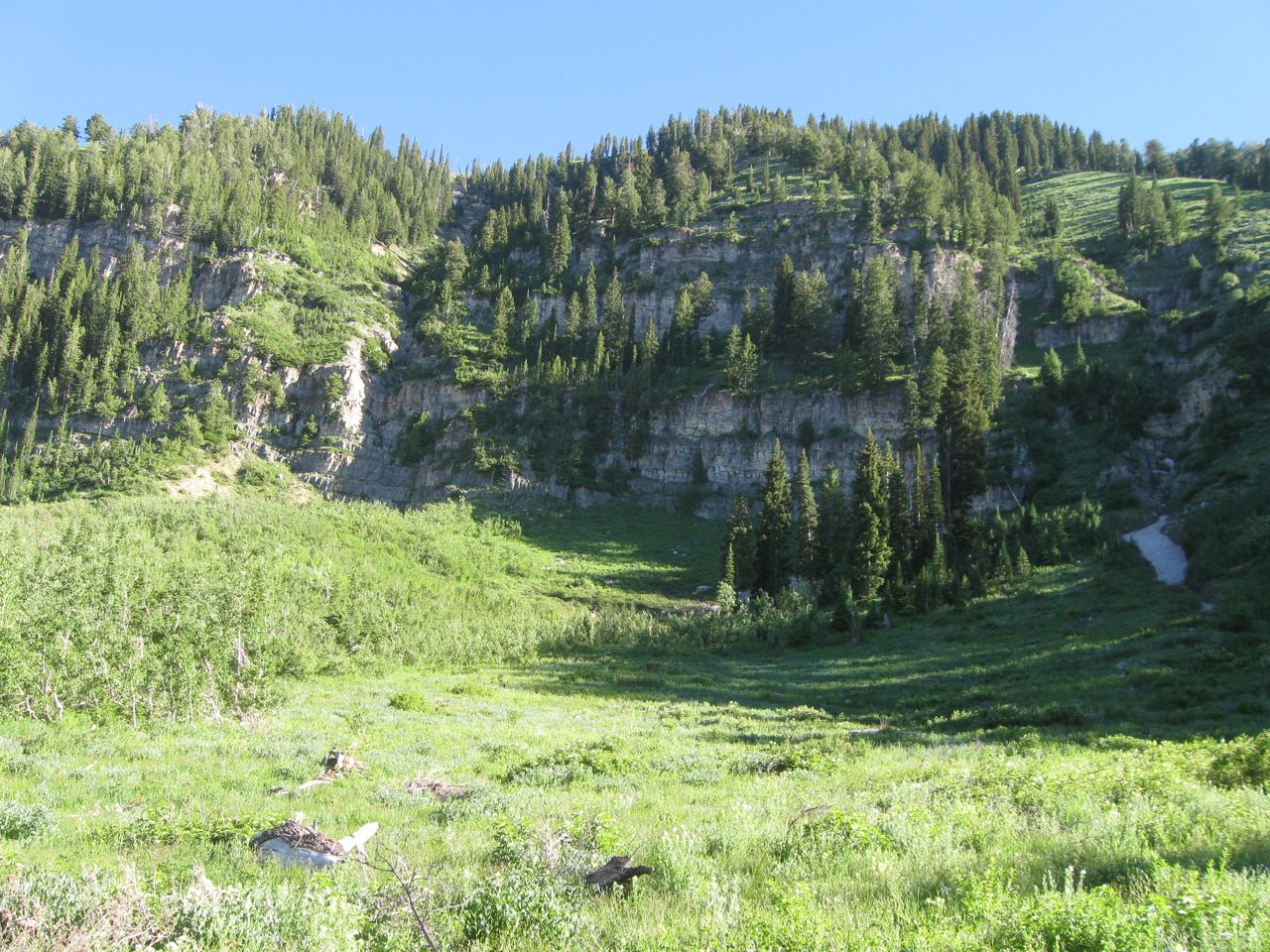 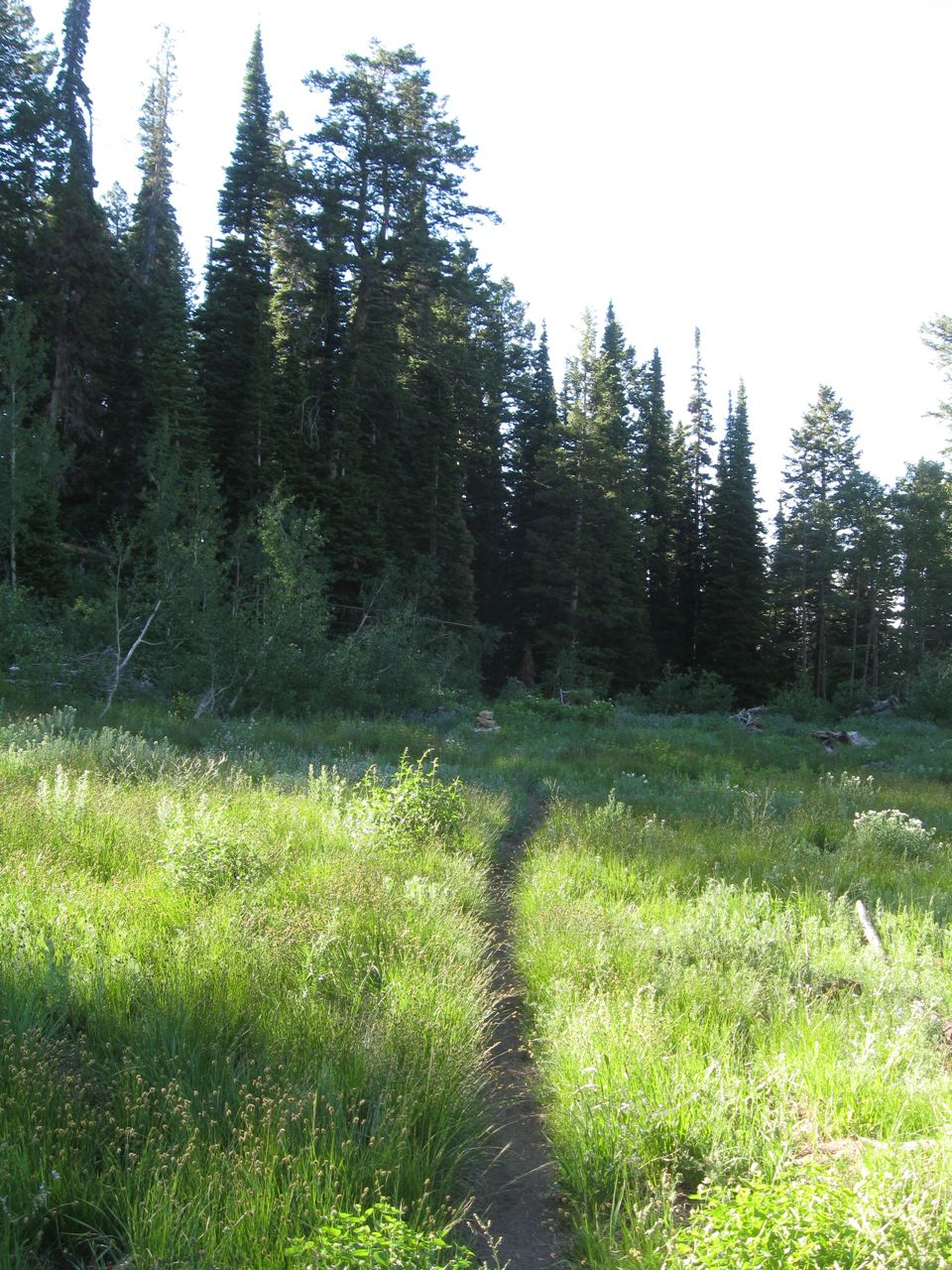 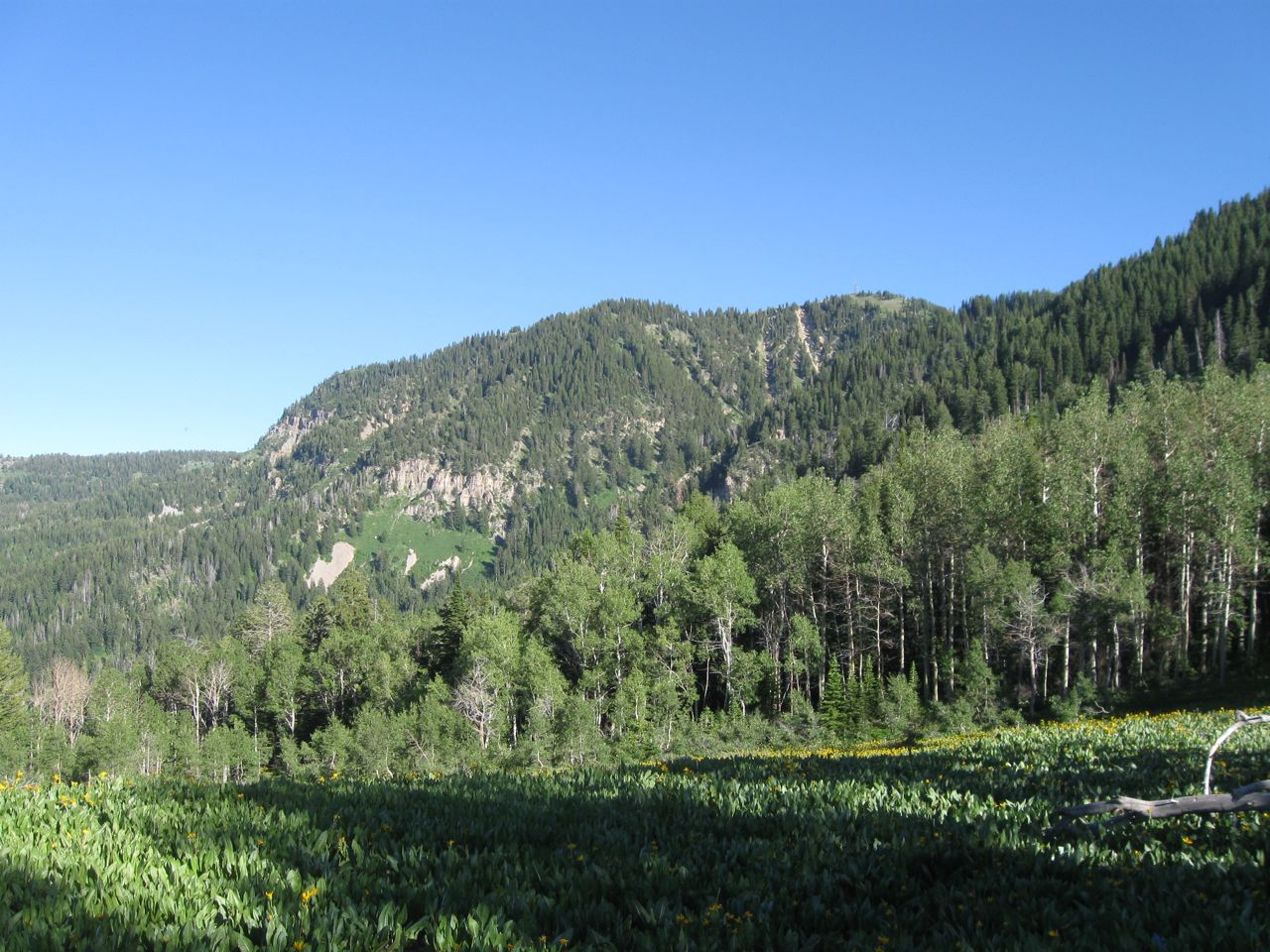 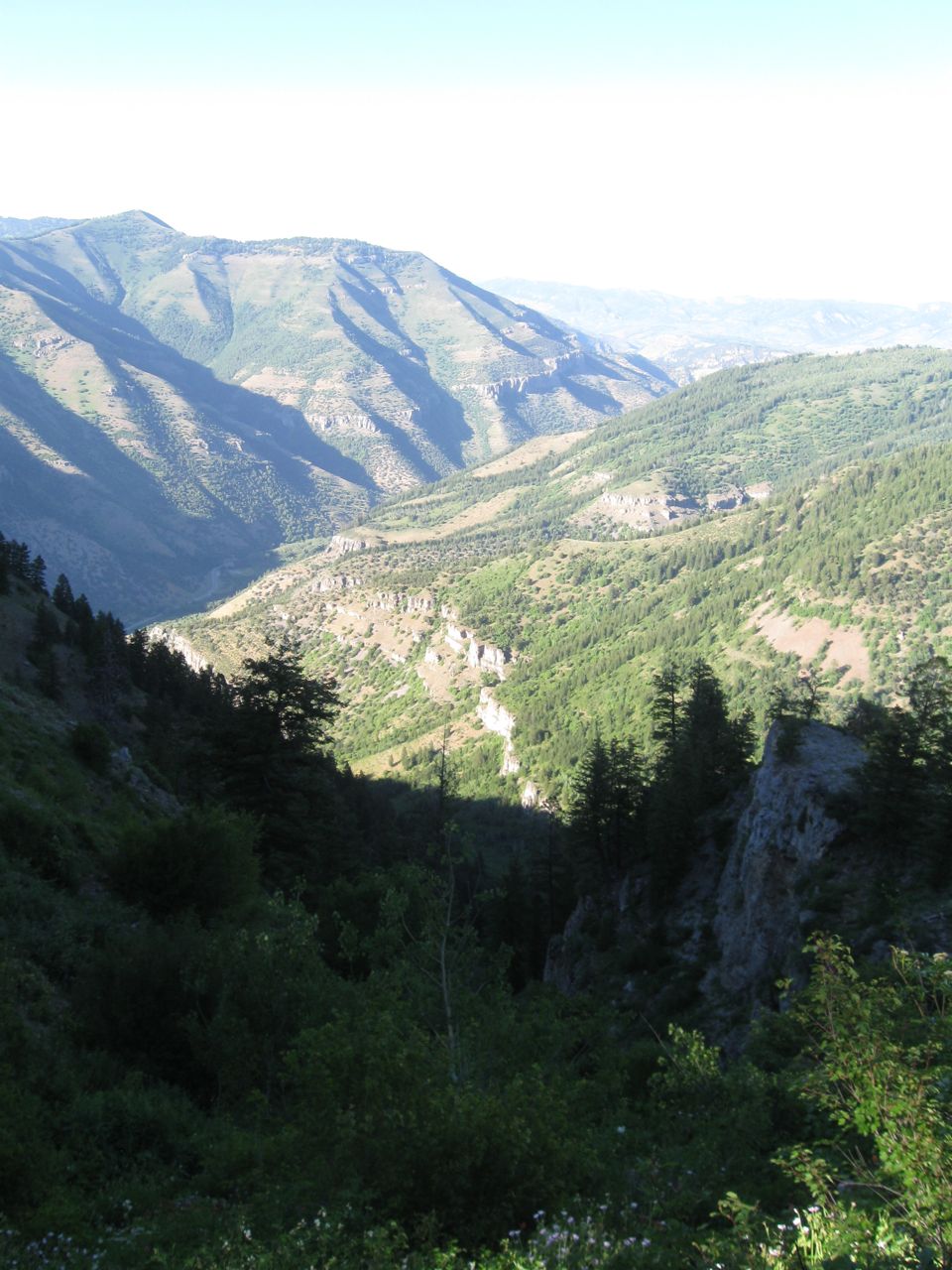 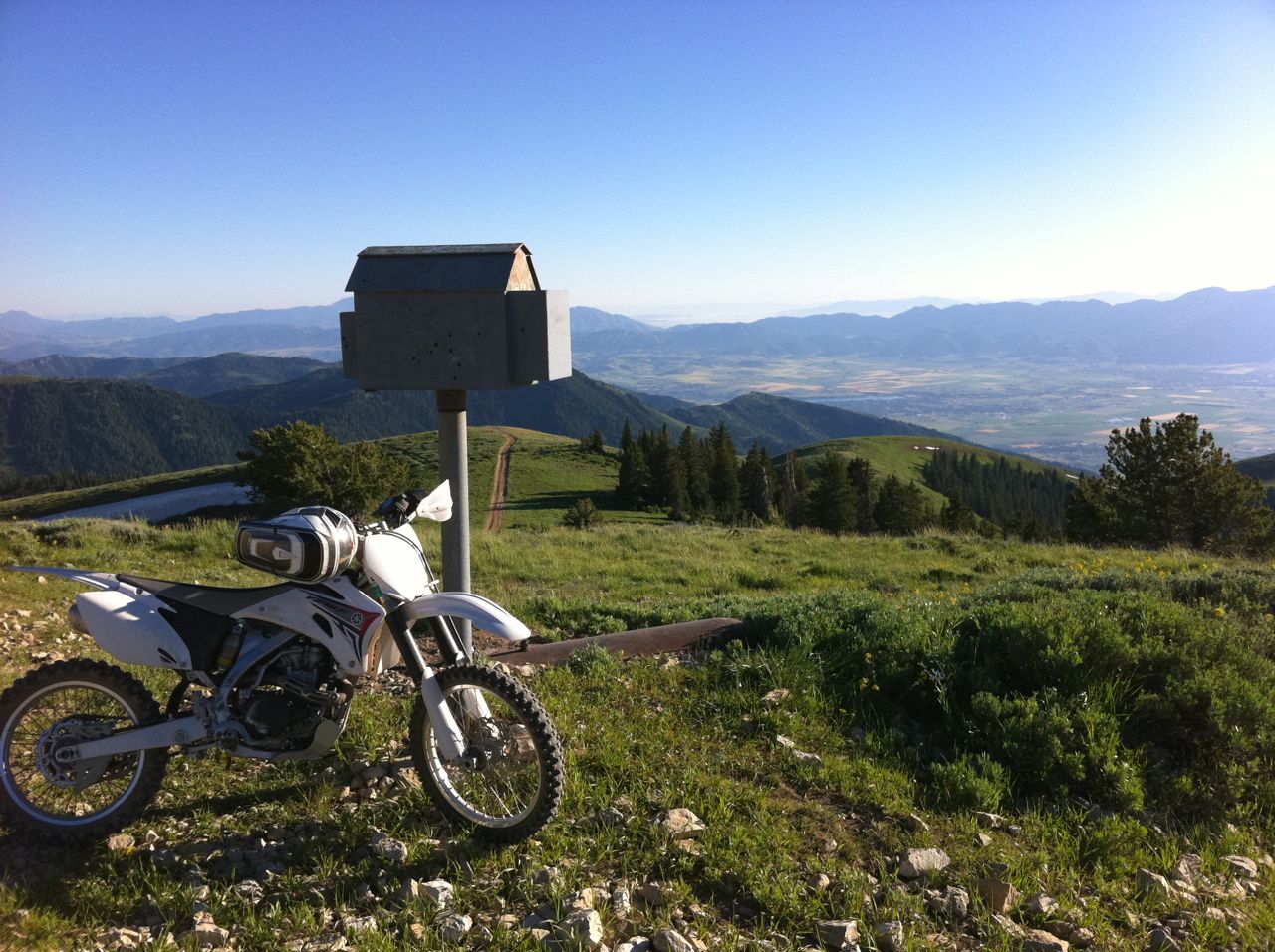 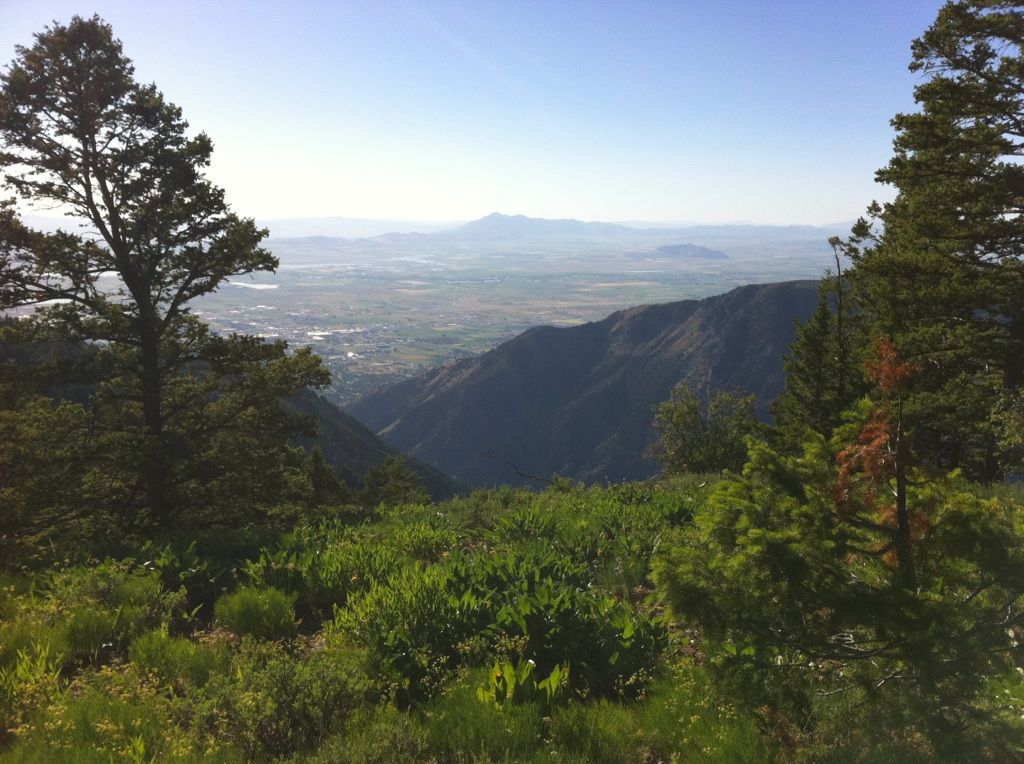 Went on a pretty good solo ride after work… couldn’t find anybody else that could go. Apparently everybody is riding bikes you actually have to pedal. I did bump into a few guys from the valley that I’d never met on the trails before, tagged along with them down little bear then burned around to the top of Steel to return down to my truck. The weather was perfect and it was a good trail to be solo on, starting to get pretty dusty. According to the heart rate monitor, I burned just under 1500 cal.

Shoot me txt or email if you’re planning a ride, I’d love to tag along. 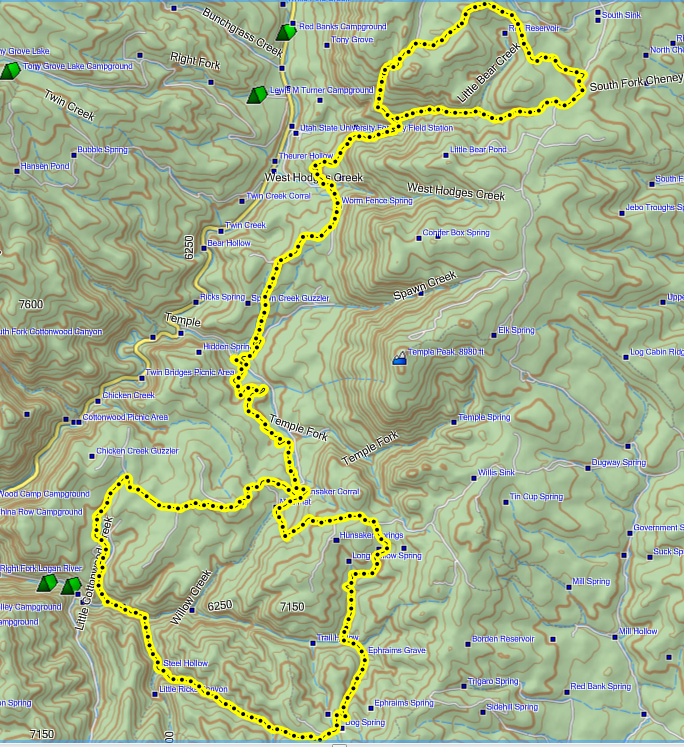 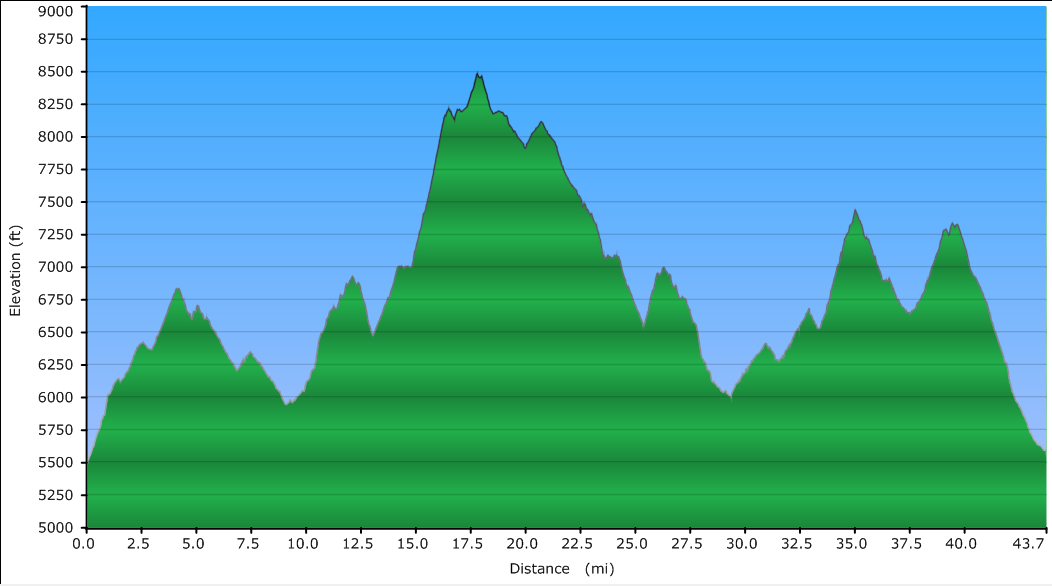 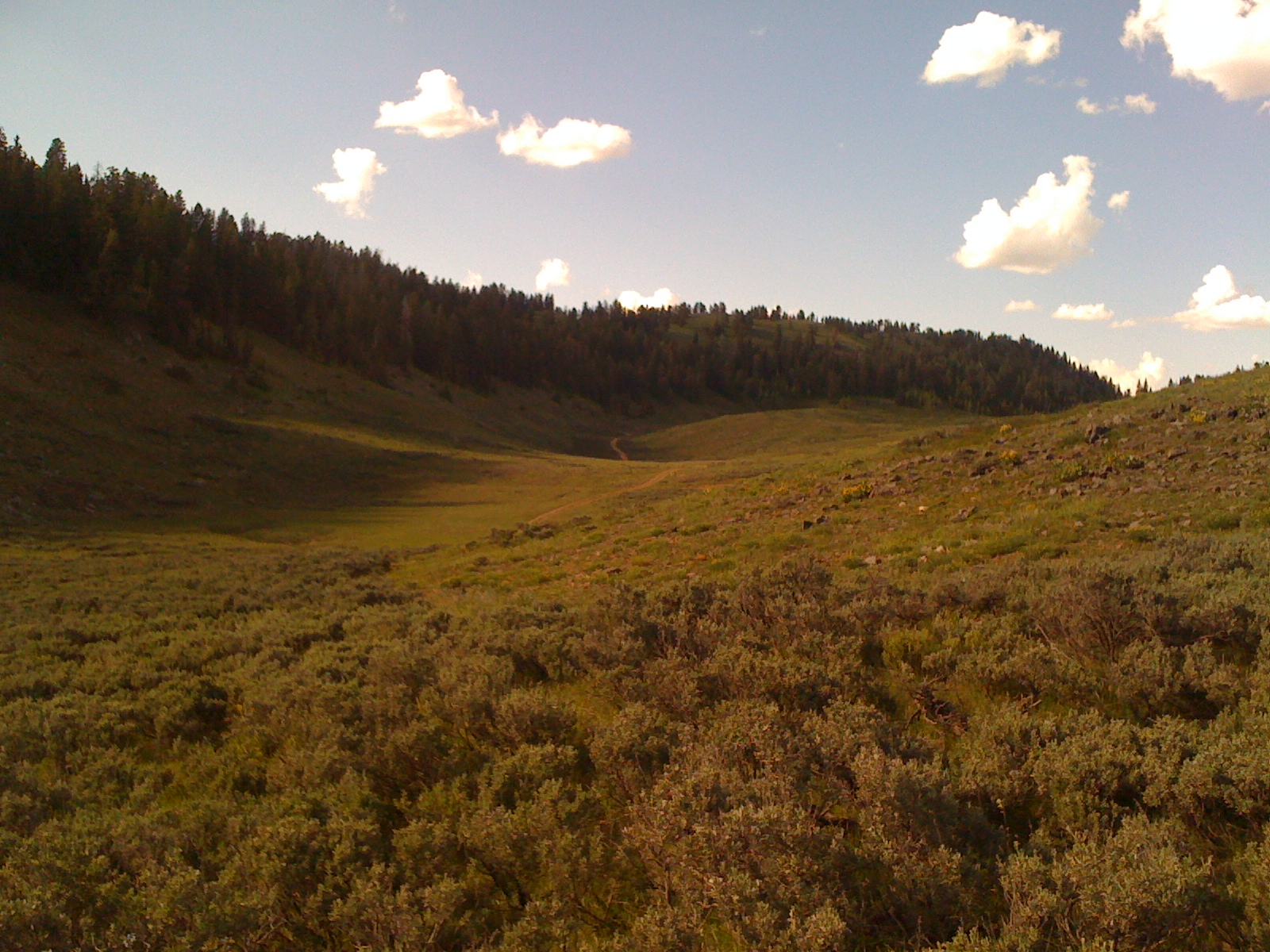 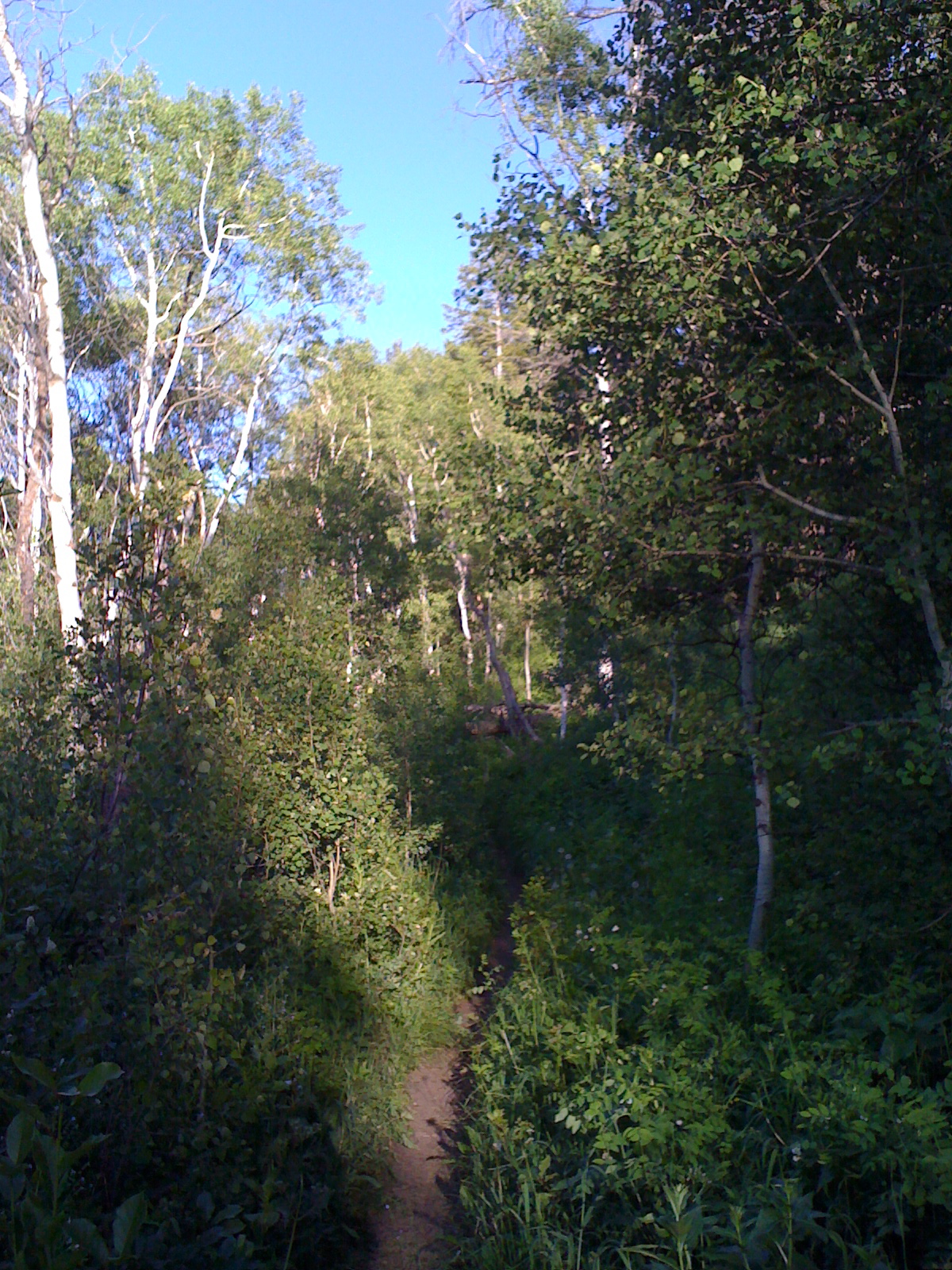