Alisha and I got the boys loaded in the Jeep and we slipped over Avon pass to watch some mx action at Powder Mountain. The course looked pretty cool and the racing was a lot of fun to watch! We had a few local guys (Sampson, Vierra, Dattage, Josh Borges, Shea Bettencourt, more?), racing and they all did well. It was a lot of fun to watch Cole Siebler give Jeremy McGrath a run for is money in the 450 main. 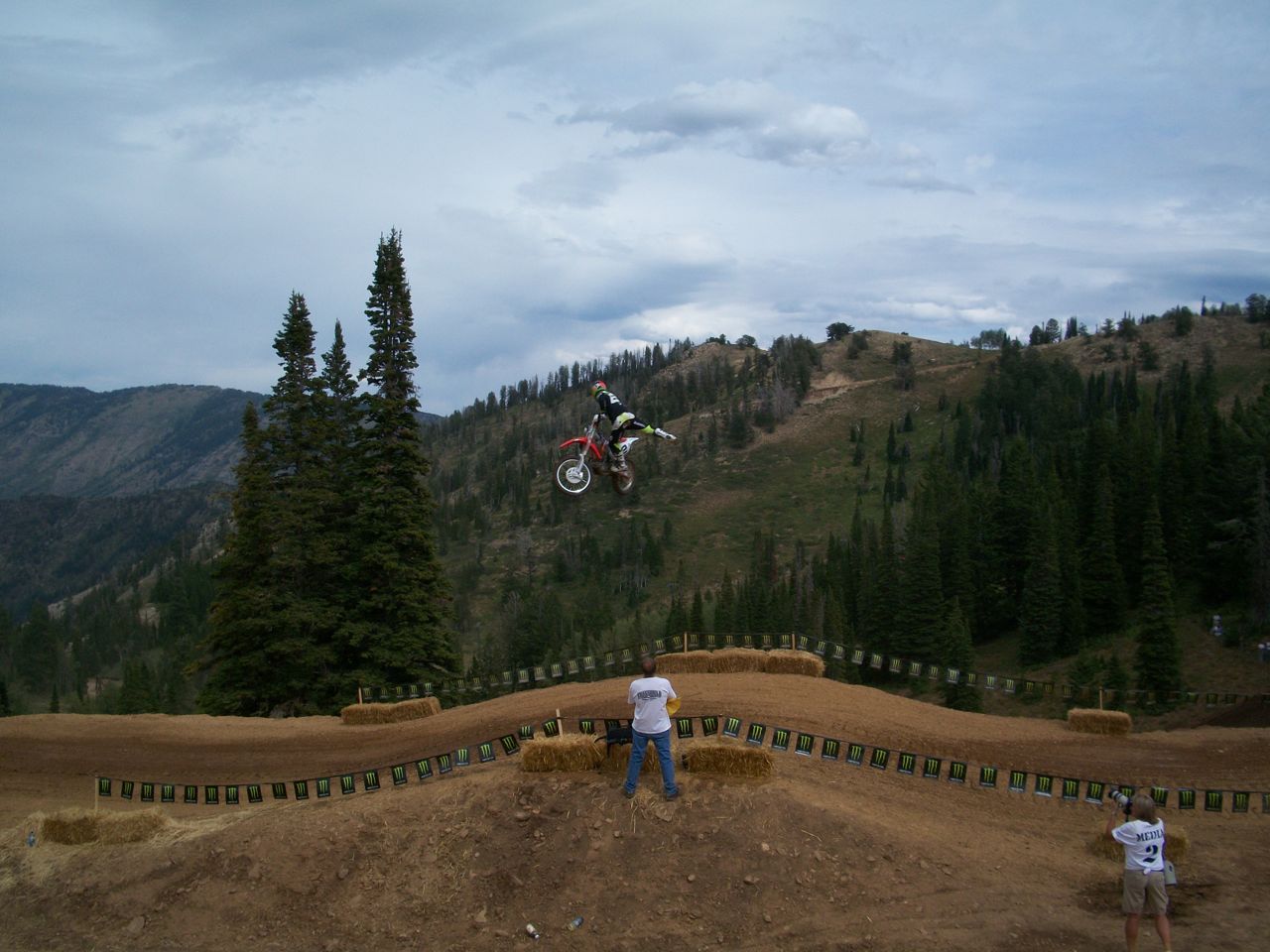 This is Josh Borges from Paradise, came in 3rd behind McGrath and Pingree in the qualifier, hangin’ it out there. 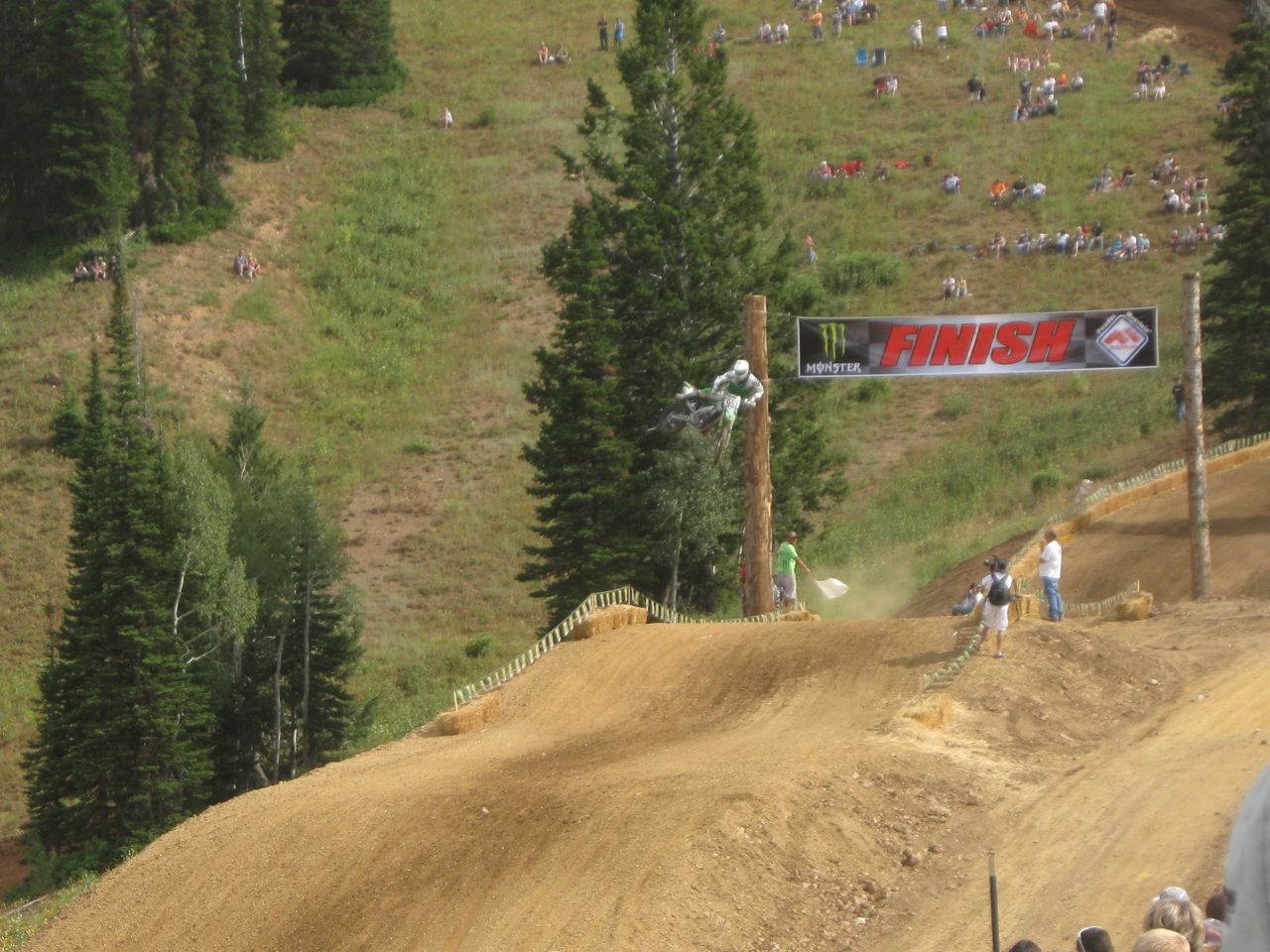 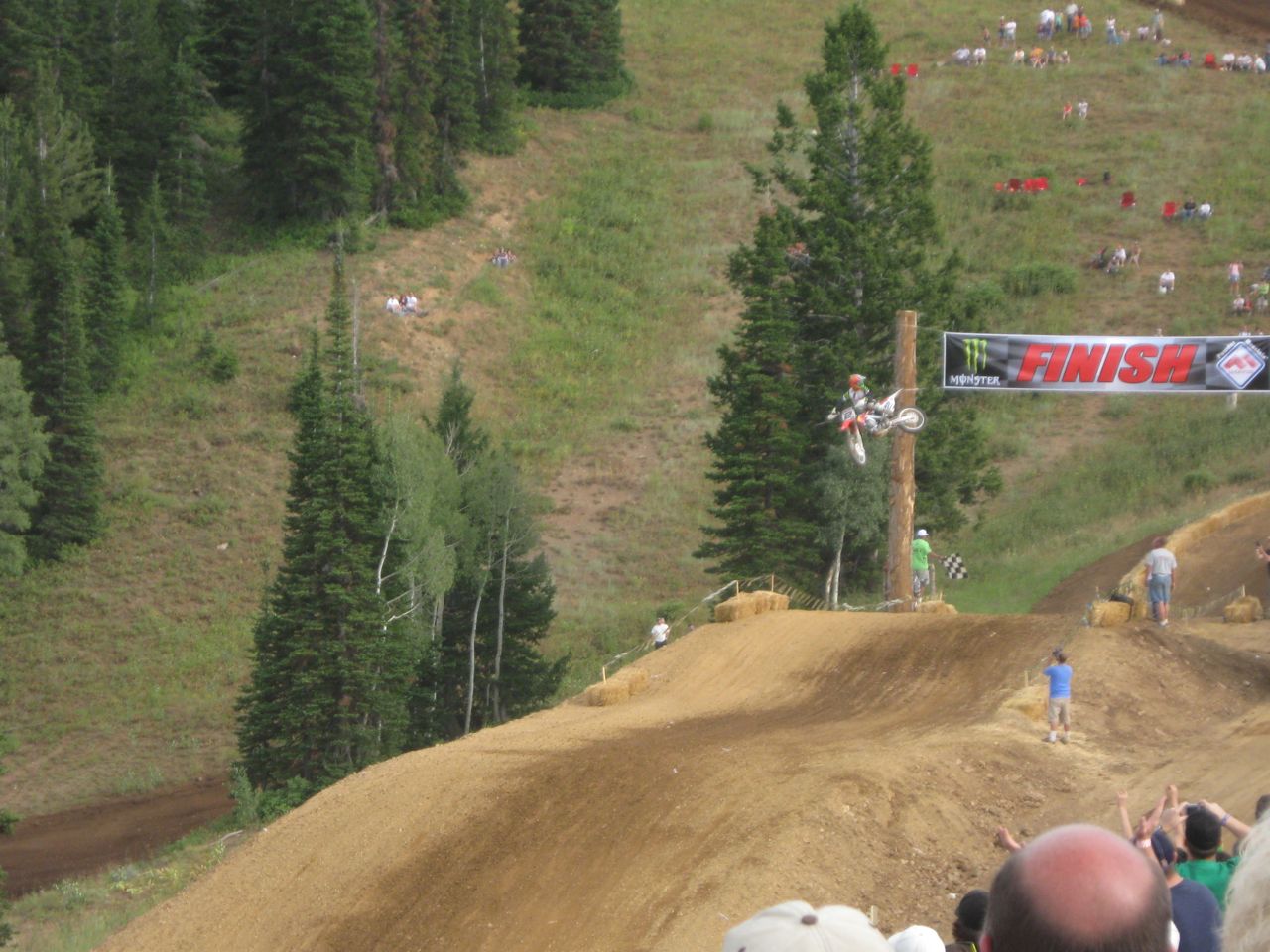 Comments Off on Powder Mountain MX

Conditions were really good this last week after the recent rains. We went on a really good after-work ride, the typical Gladys’ loop, Beaver Mountain –> Egan/Gibson Basin –> Fish Haven –> Ranger dip –> and back. This ride is one of my favorites, I don’t think I’ll ever get tired of riding this loop.

Rich called this one together and it was fun to meet and ride with a couple of guys I haven’t ridden with before. It was fun to see Jayz and Chaz rally the wheels off that ’85 XR! 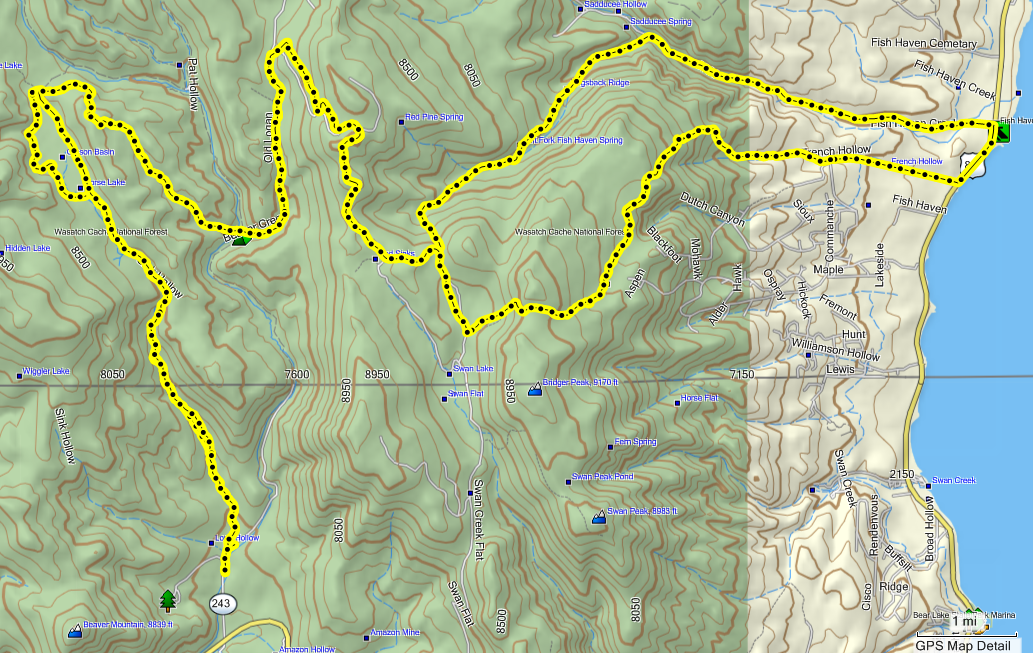 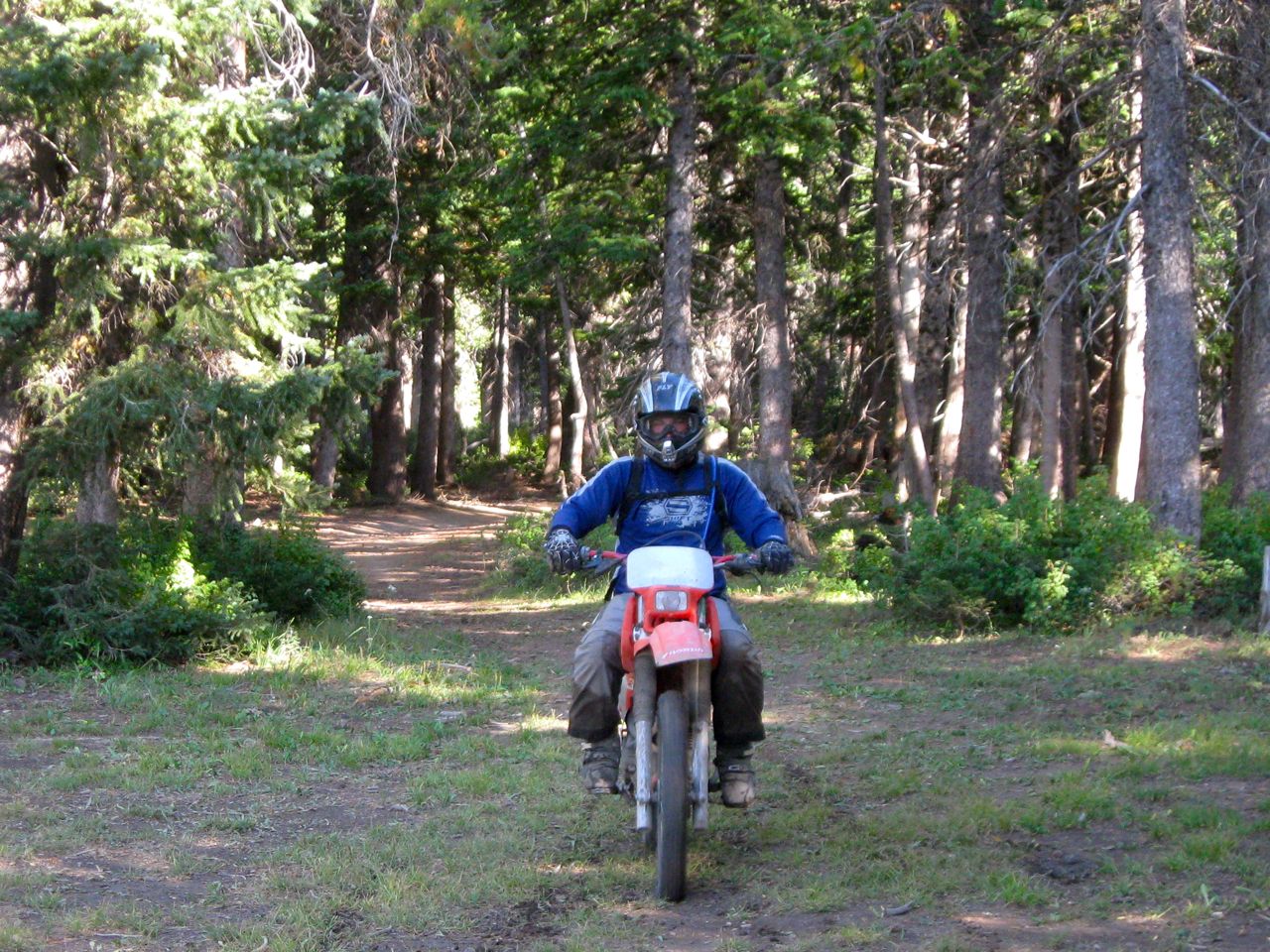 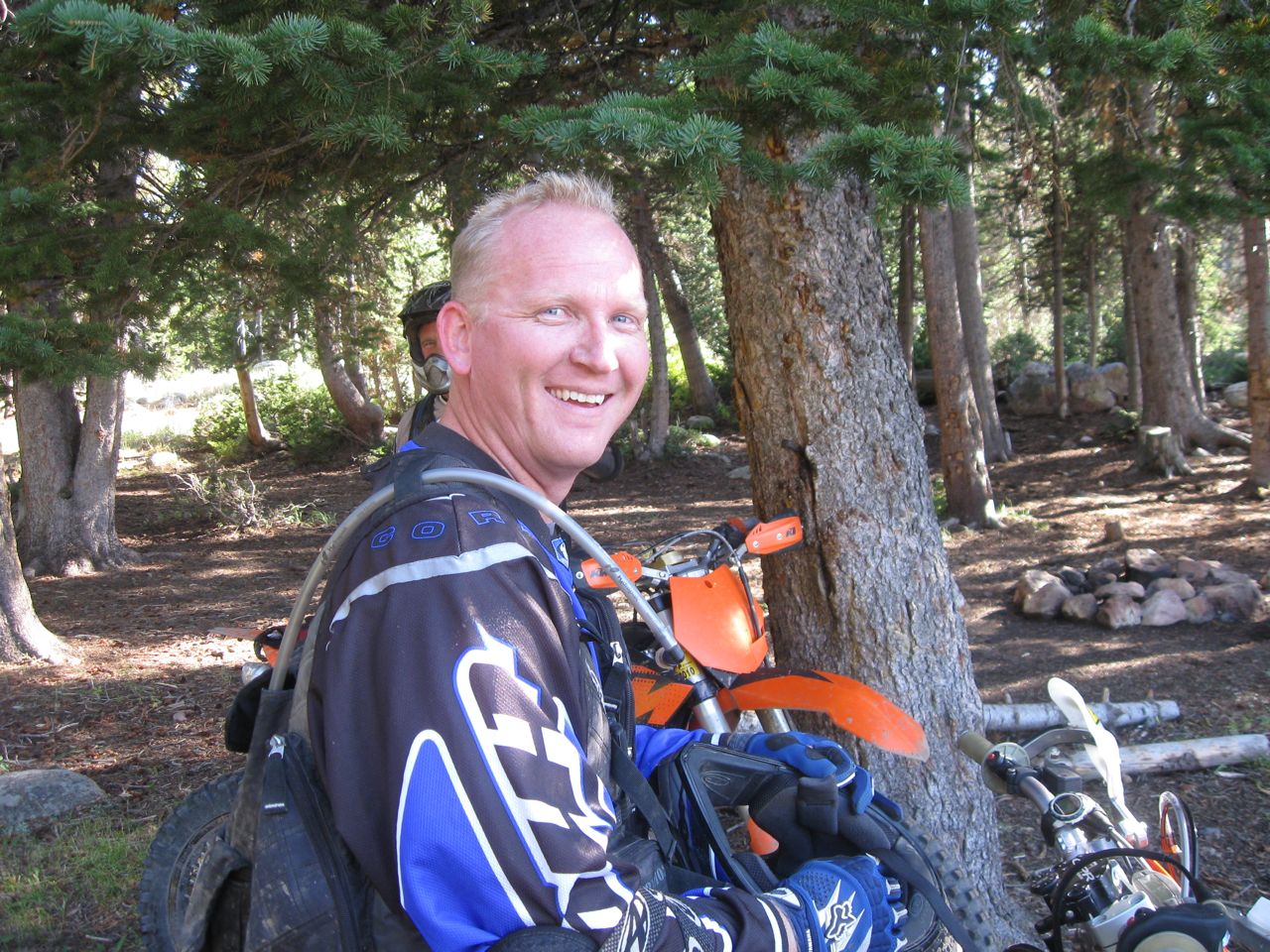 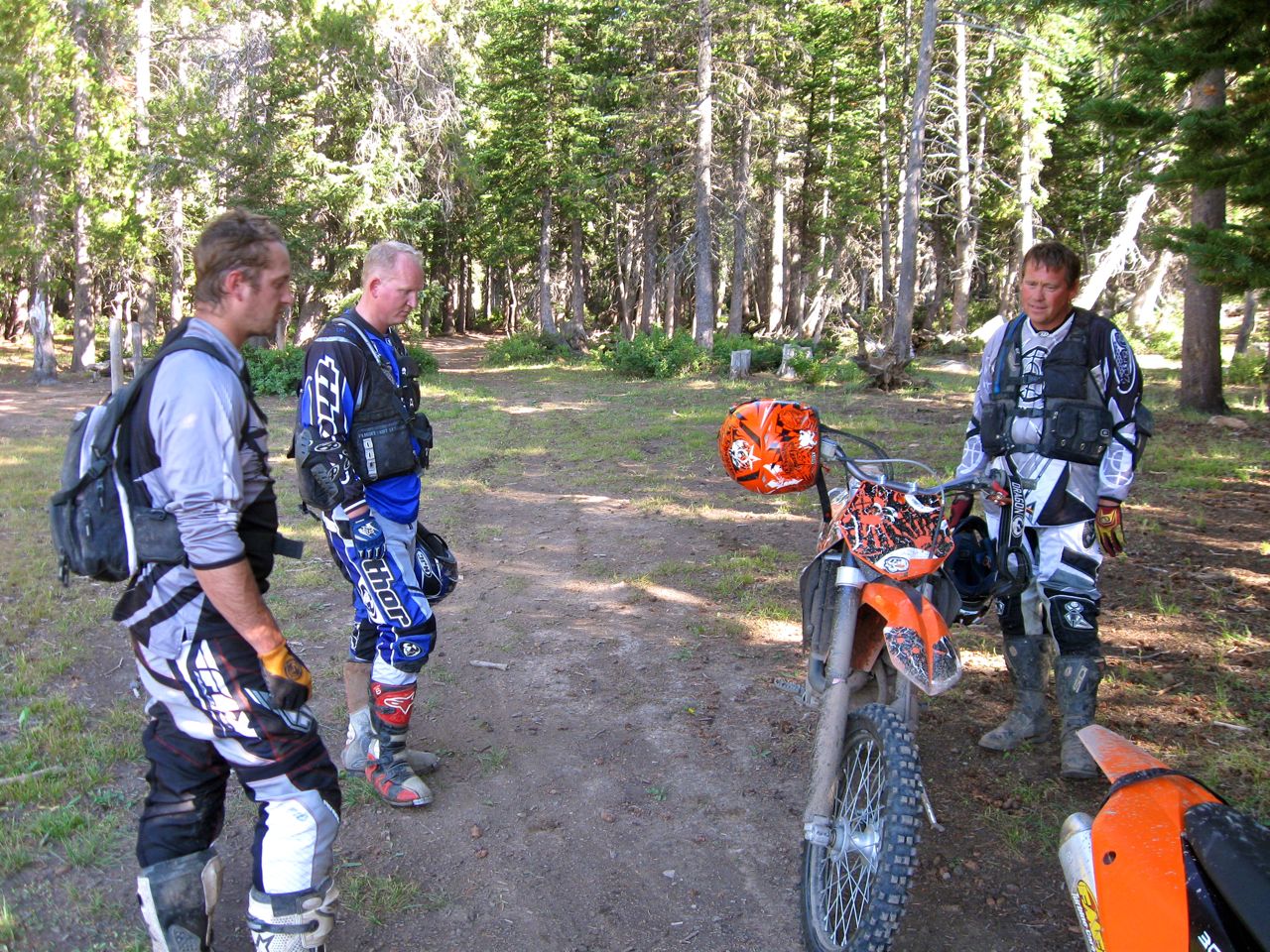 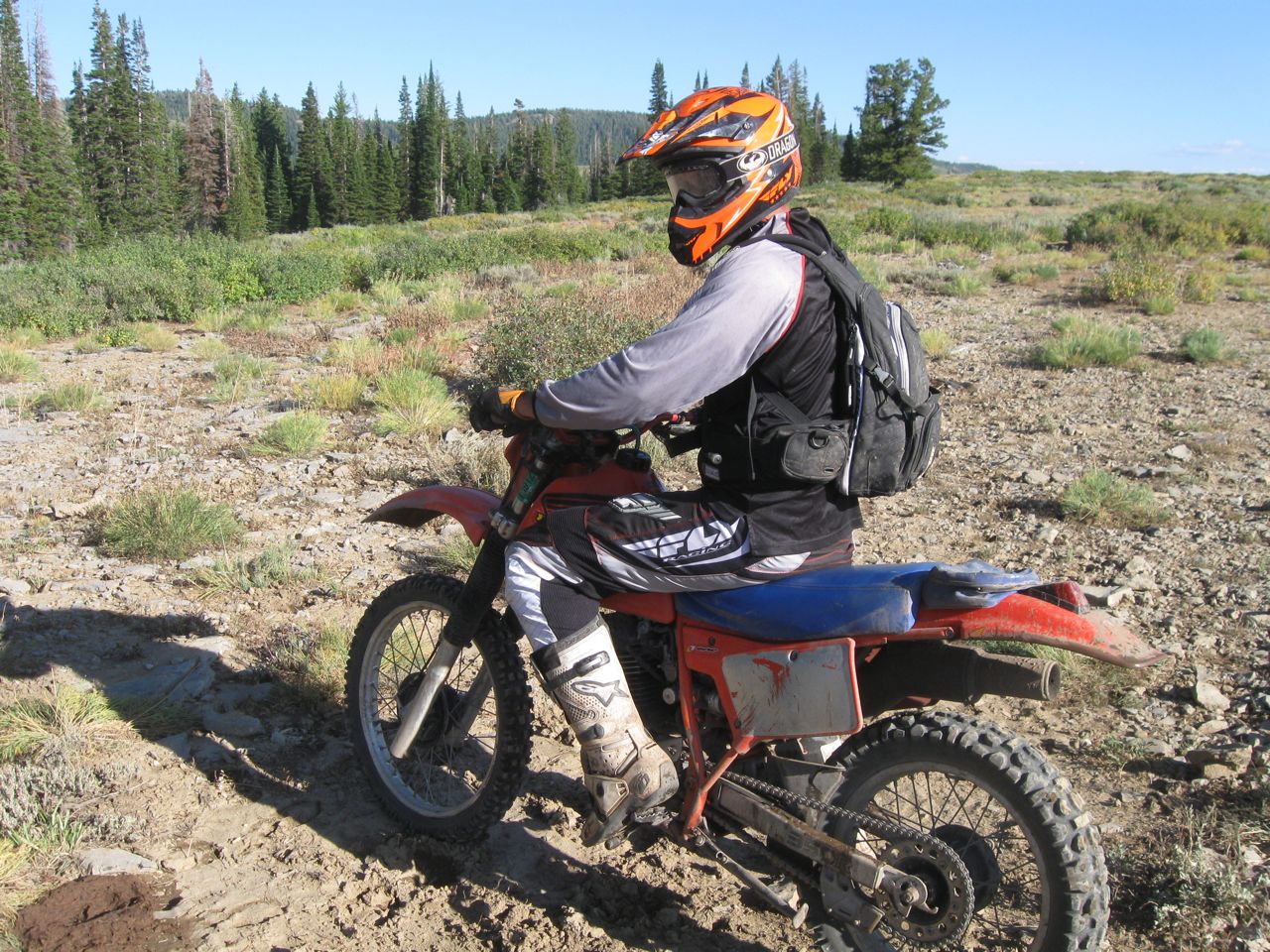 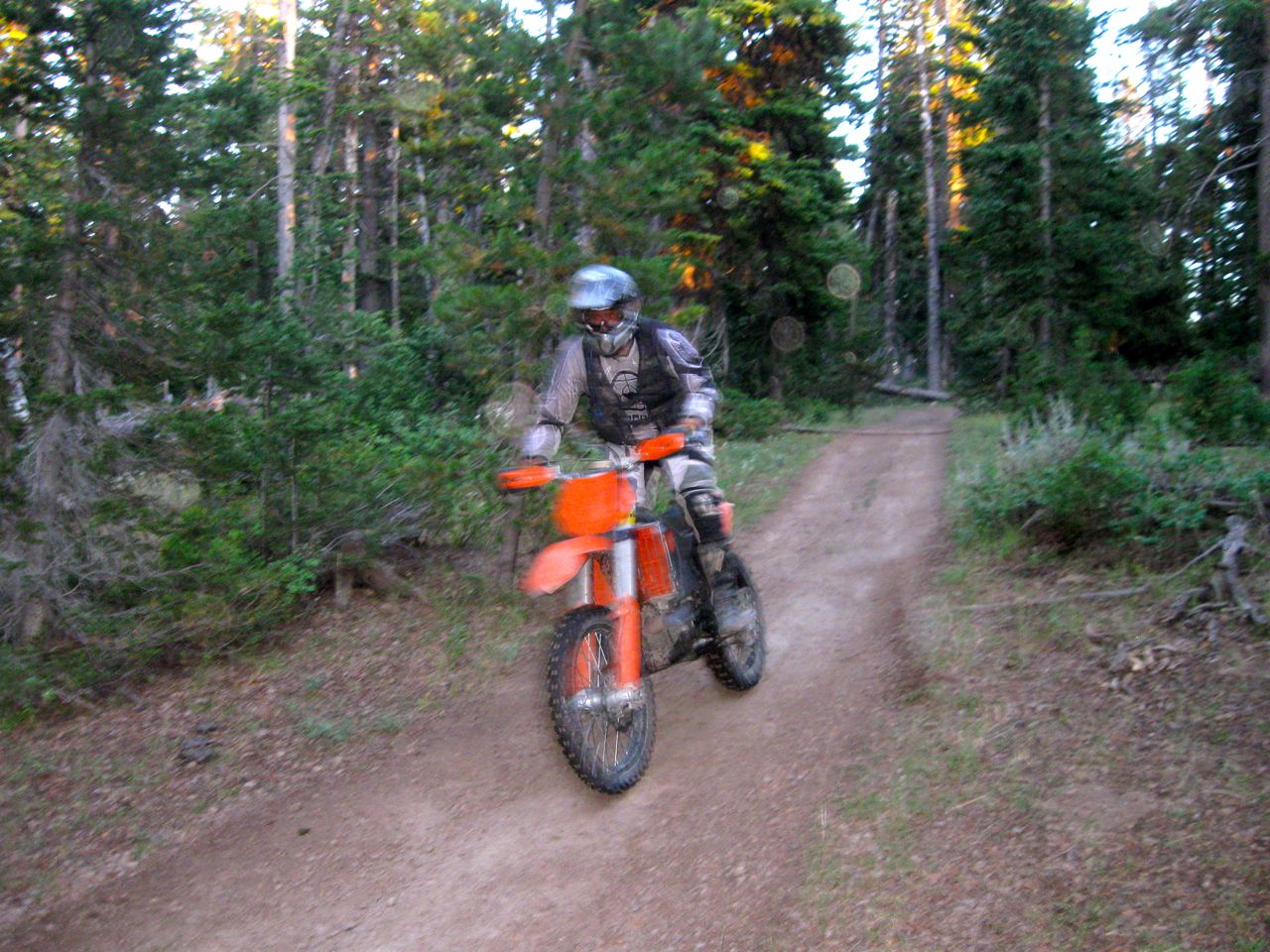 Comments Off on Gladys’ loop

So, I’ve been looking at this map a bunch and got all excited about all the designated singletrack trails over by Georgetown, ID. The weather forecast said it was supposed to rain on Thursday and Friday, but be nice on Saturday… I was stoked to get some riding without all the poof-powder. Unfortunately, the weatherman was way wrong, the storm was late, it rained most of the night, rained the whole drive (~80 miles from Logan), and rained pretty much the whole time we rode. It was snowing just above the trails we made it to, snowing! In August! The ridgeline we had planned to be on was white.

I had a couple of routes all planned out and was ready to hit a long series of loops, but both the single-track sections we tried got steep quick and the conditions were super greasy. We gave it a go, but both times blew a corner about a 1/4 mile into it and once we were stopped, we had to go all the way back down to give it another shot. There was a 3rd trail that I had plotted out on the west side, but we couldn’t find where it started from the ATV trail that we rode. It really doesn’t look like those trails get used much over there. So, we ended up riding about 30 miles of road and ATV trails. The area is beautiful and I’m excited to give it another shot with a little better weather.

Crew: Chaz and me. 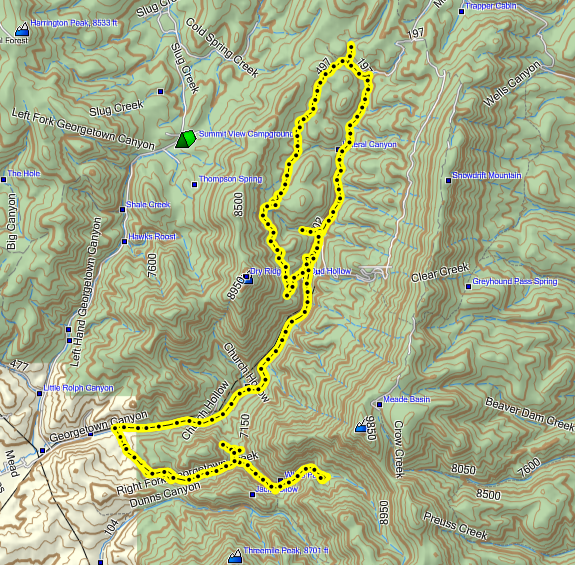 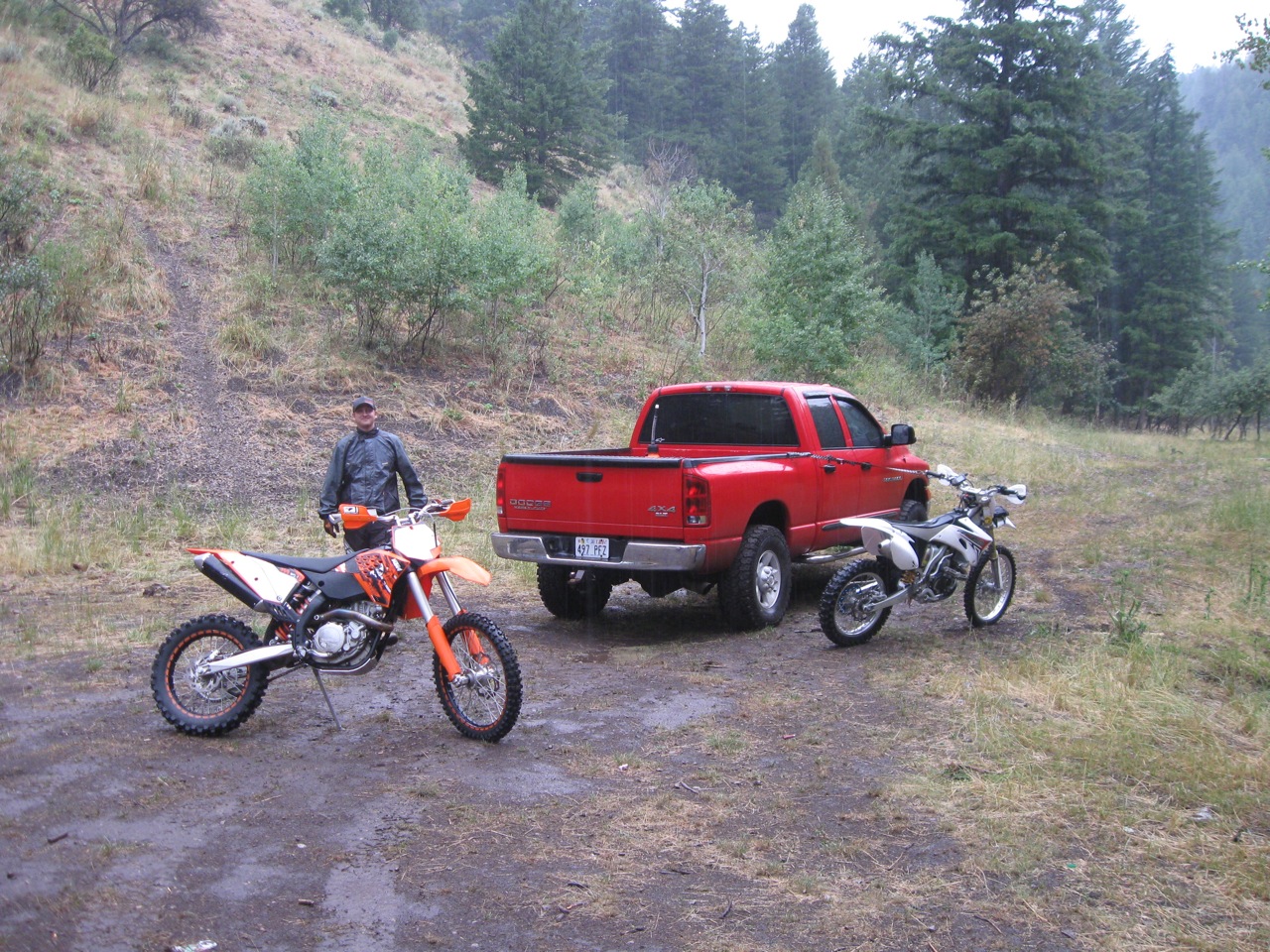 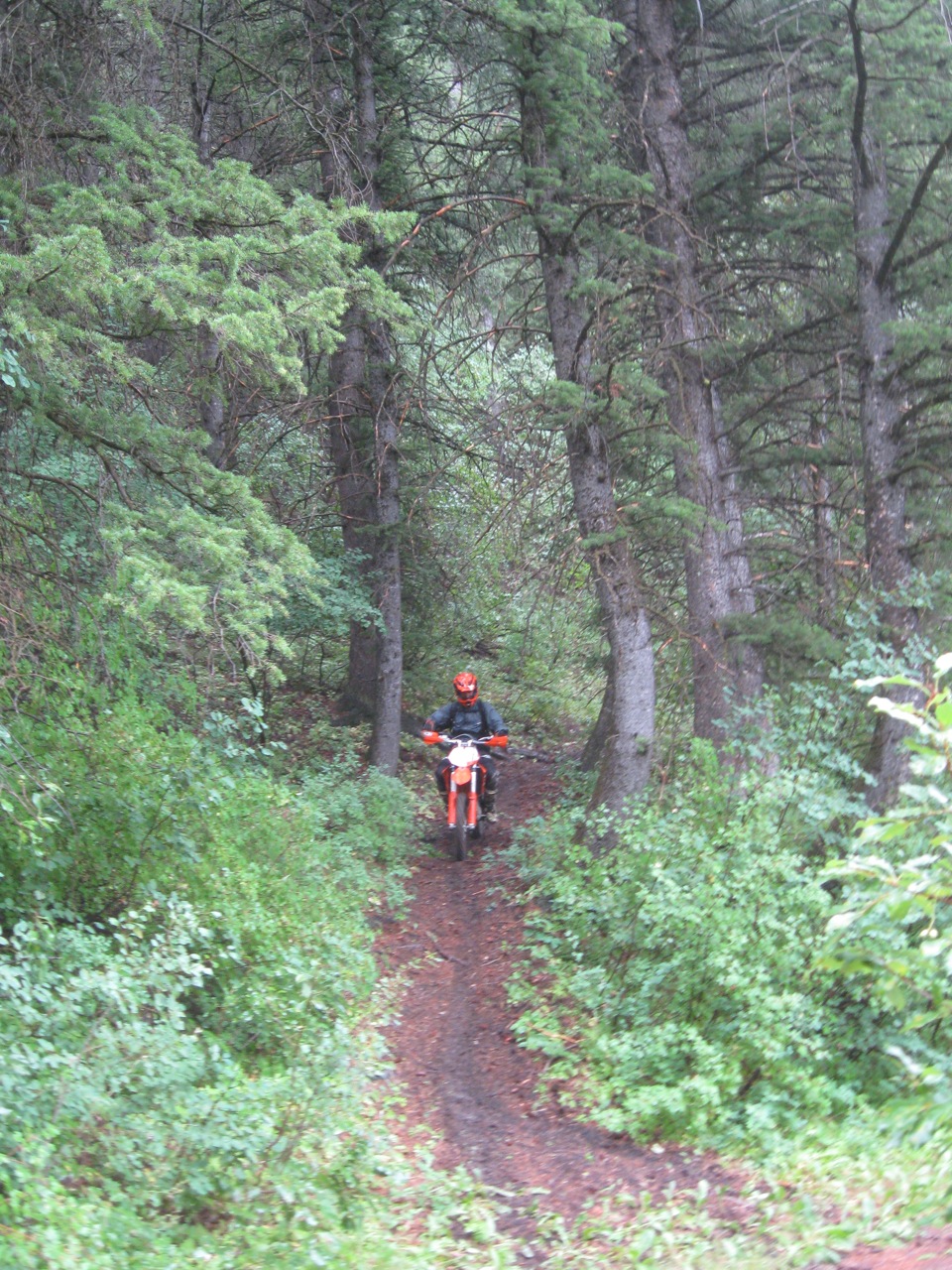 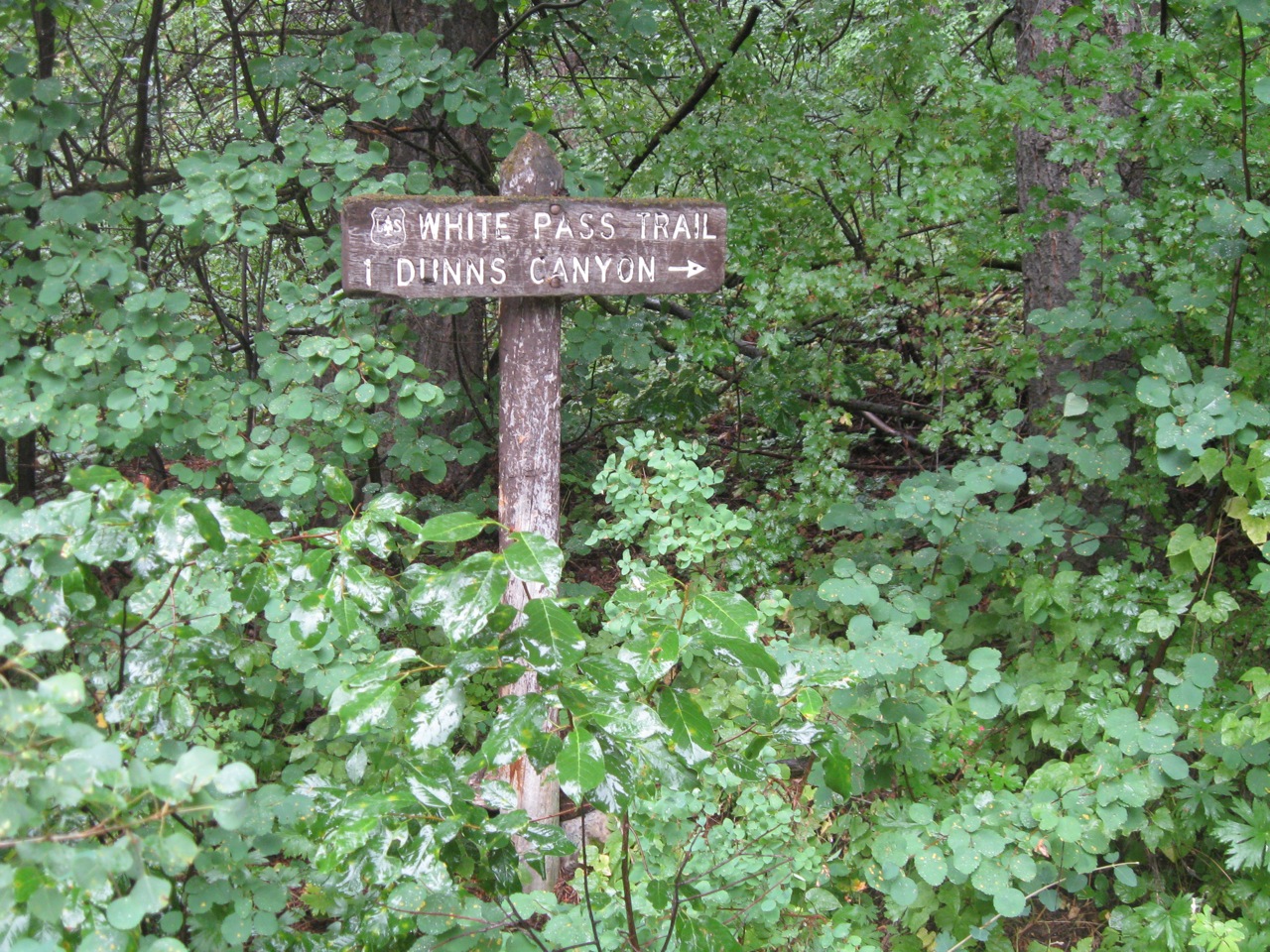 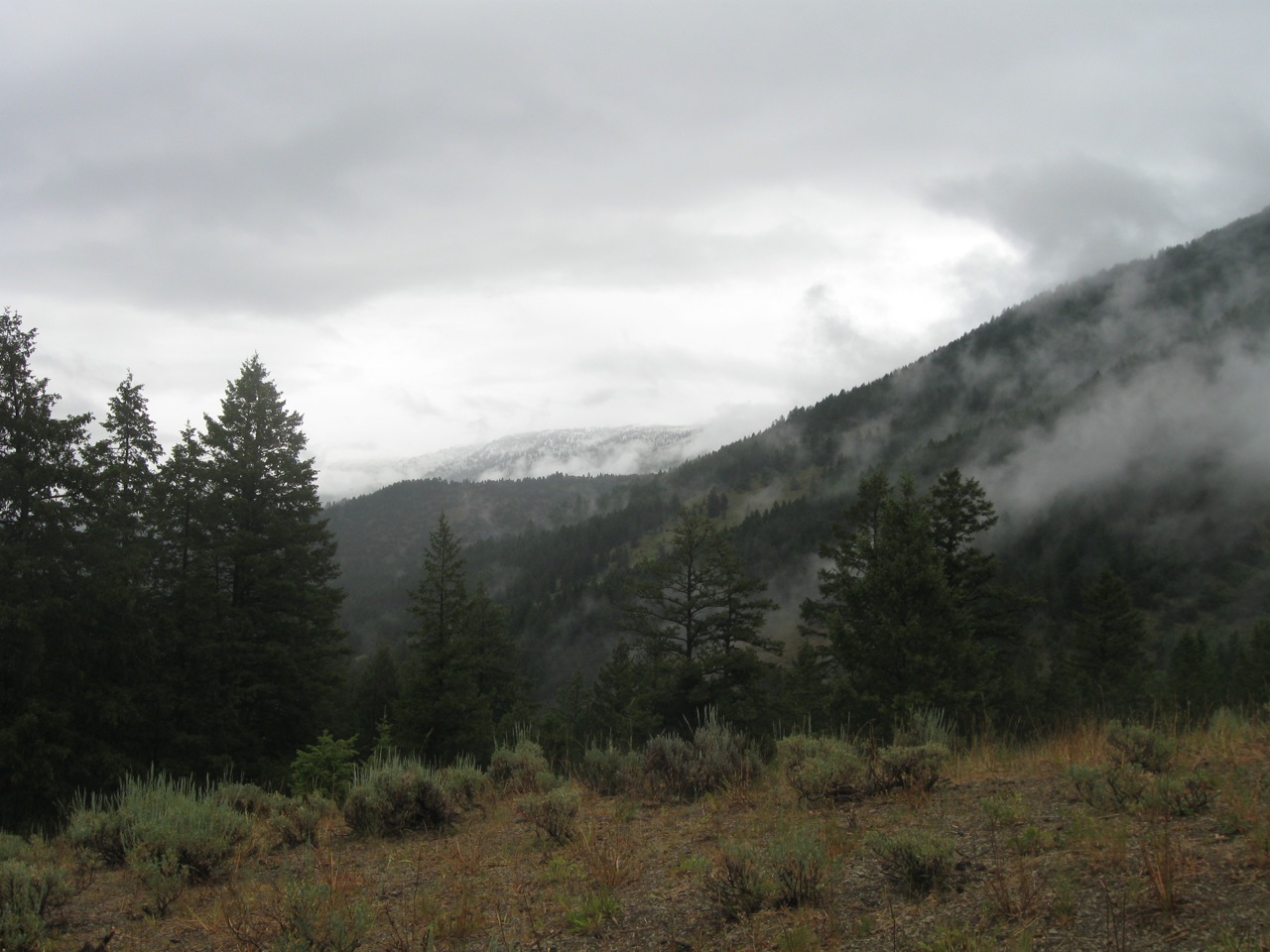 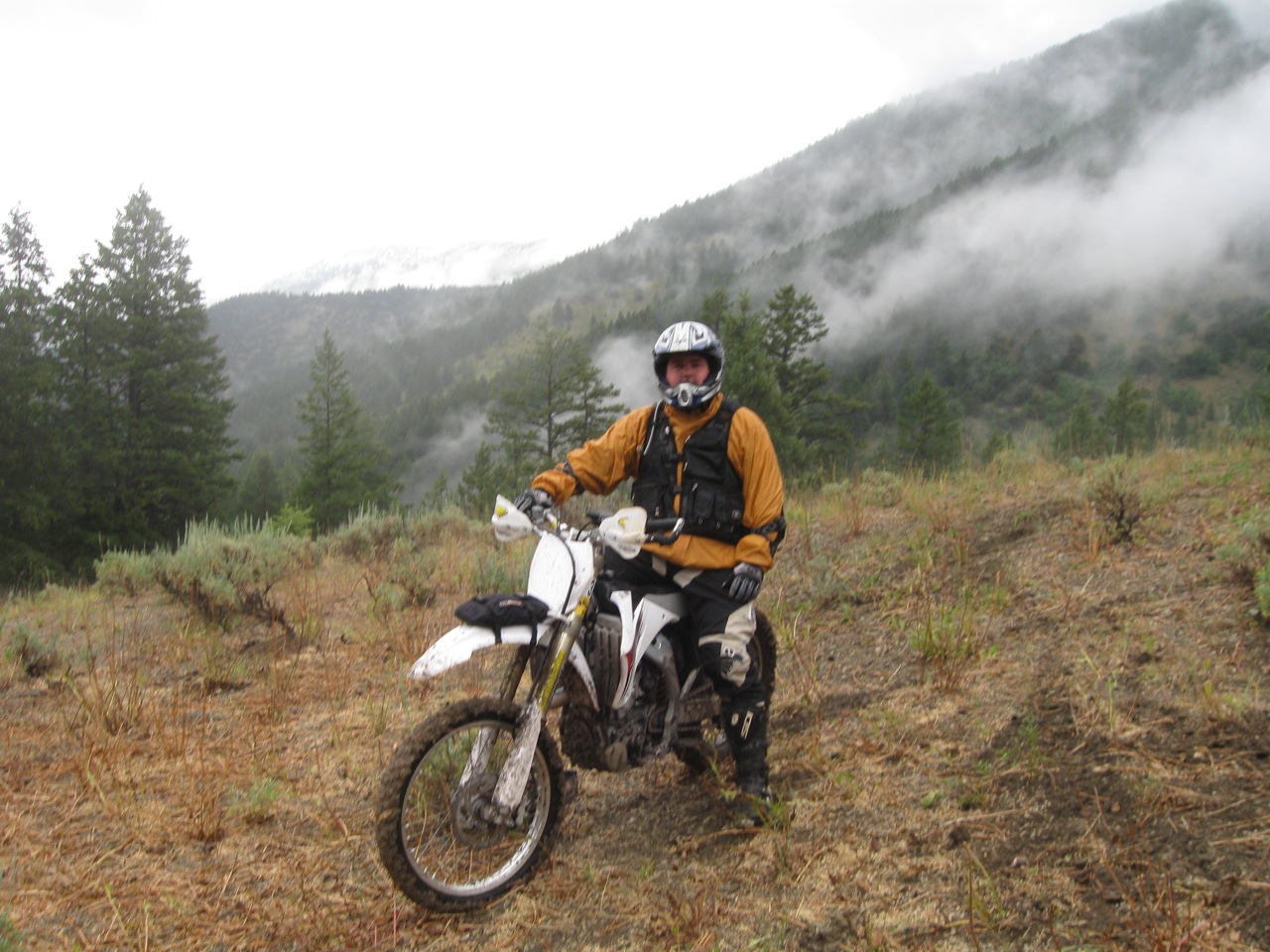 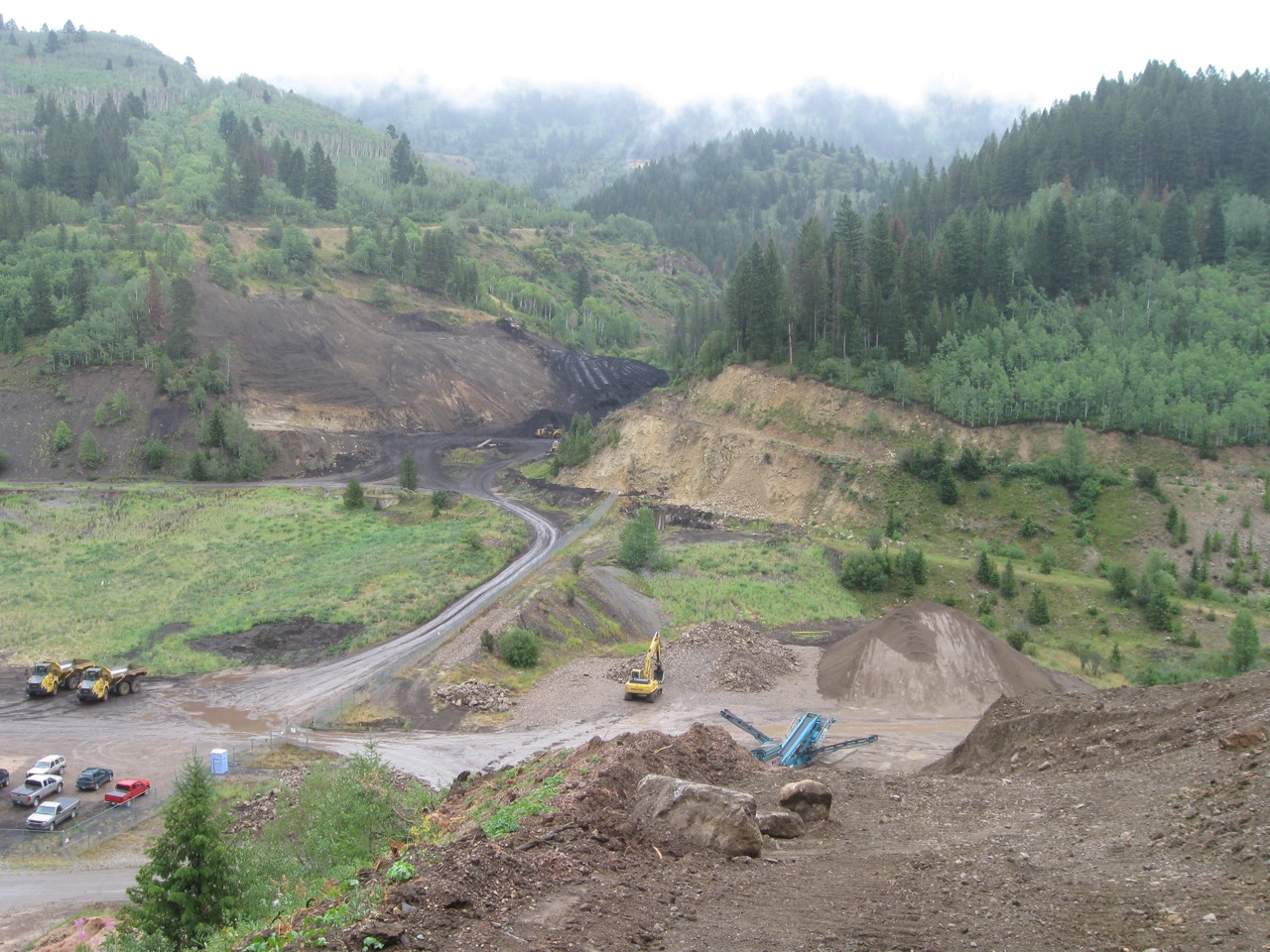 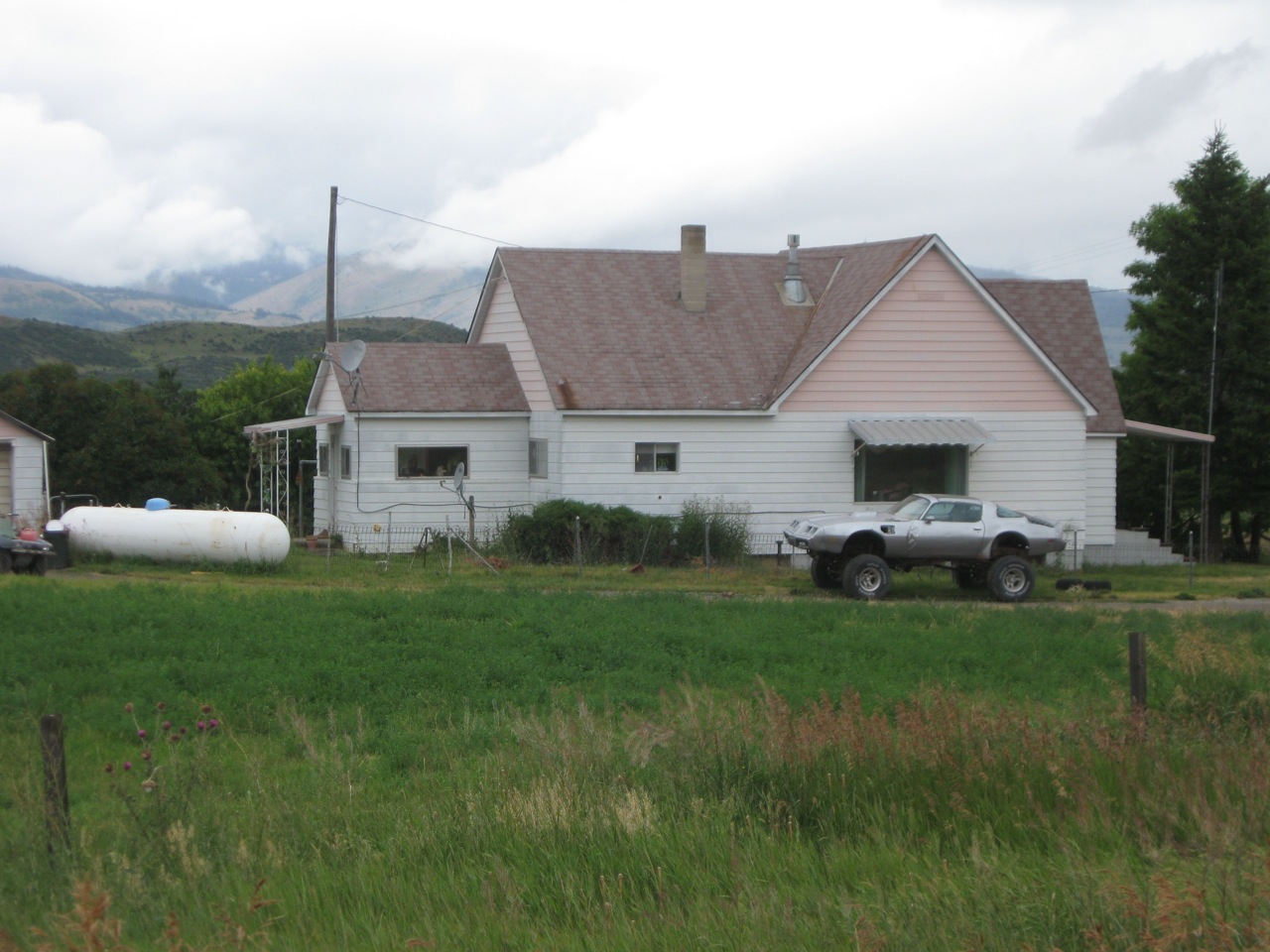 Comments Off on Georgetown Canyon

I got an invite to go ride the Highline trail in Idaho with a group of 15 guys, most of whom I’d never met before. I figured the forecast would be dusty with a chance of flats, but a lot of fun… that’s pretty much how it ended up. There were only 3 of us that had ridden up in that area before, but it had been 2 years since the last time Shea and I rode up there. So, we ended up backtracking and taking a couple of wrong turns, but nothing to major. Vern from Grace was able to get us pointed in the right directions.

Overall we ended up getting 6 flats between us, after the first flat, I think most everybody checked their air pressure and put more air in their tires, but it didn’t seem to help, the guys that flatted out were running pretty high psi, but those Idaho rocks are sharp. Make sure you take tubes and patch kits with you on this trail, we ended up using almost all we had.

Gordon had a pretty nasty get off in the rocks, he pounded some vitamin-I and was able to tough it out. I’m sure he’ll be feeling that for a few days, hope you get better soon!

I promised a couple of guys the GPS file, send me an email (alhill@gmail.com) and I’ll get it to you. Also, if you want to be notified of new ride posts, let me know and I’ll add you to the mailing list.

Thanks again for the invite, hope to ride with you guys again! 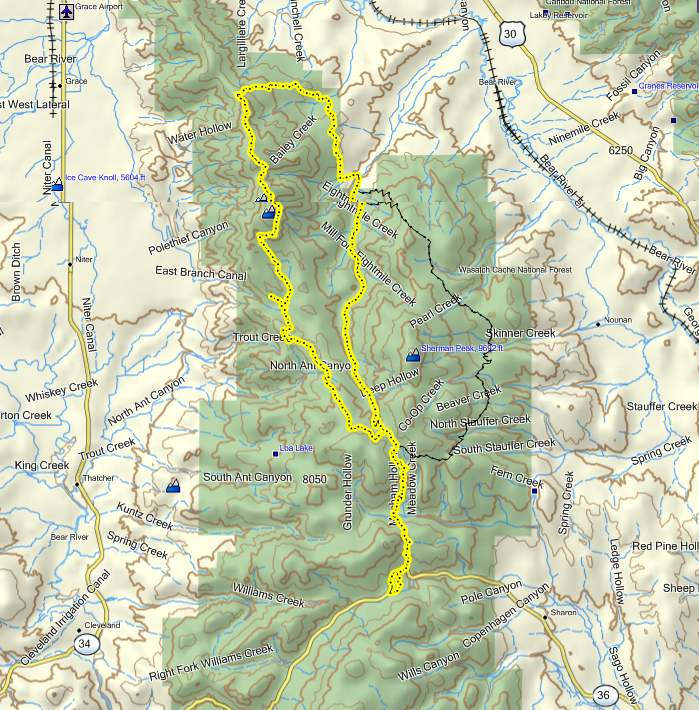 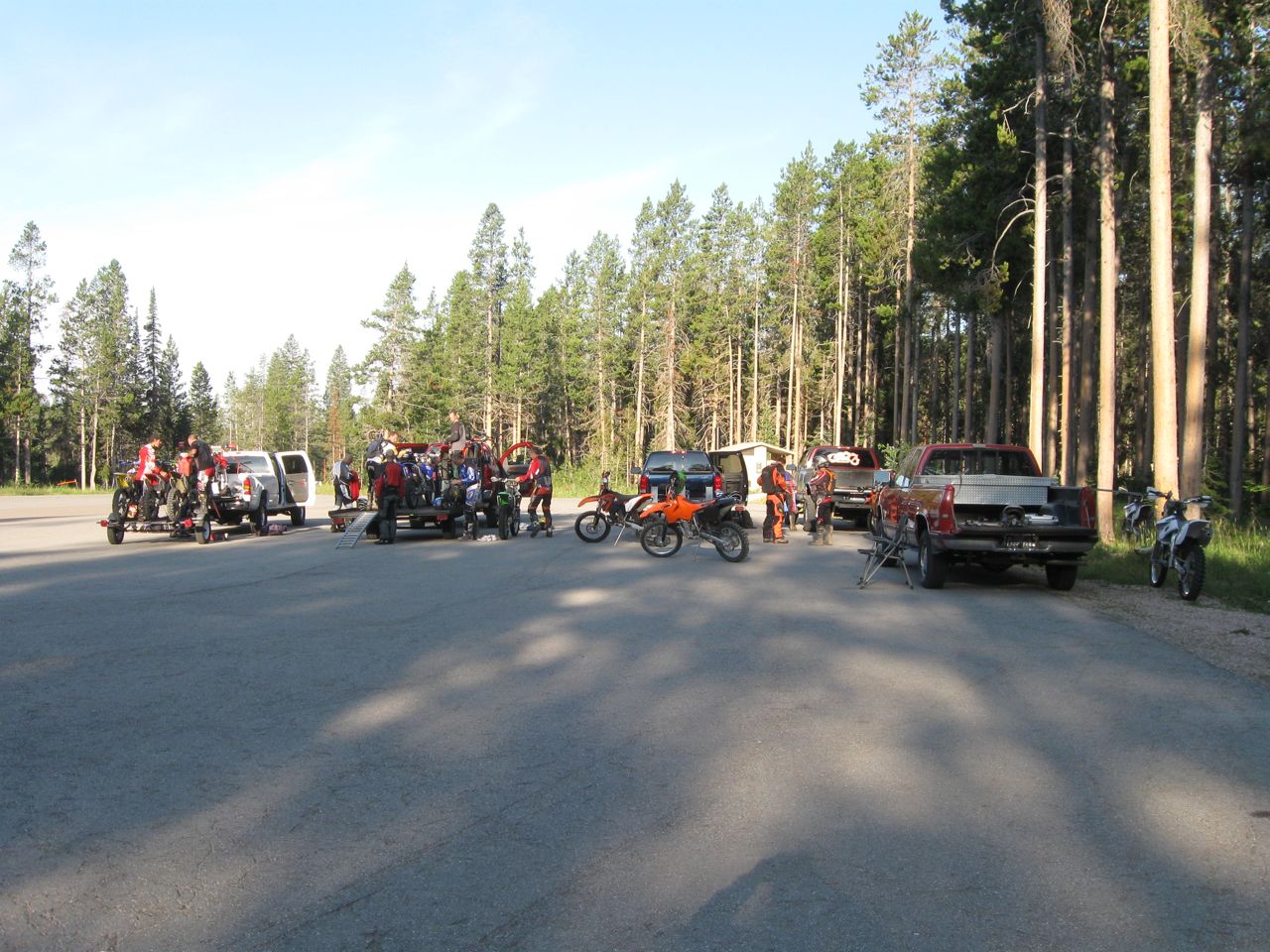 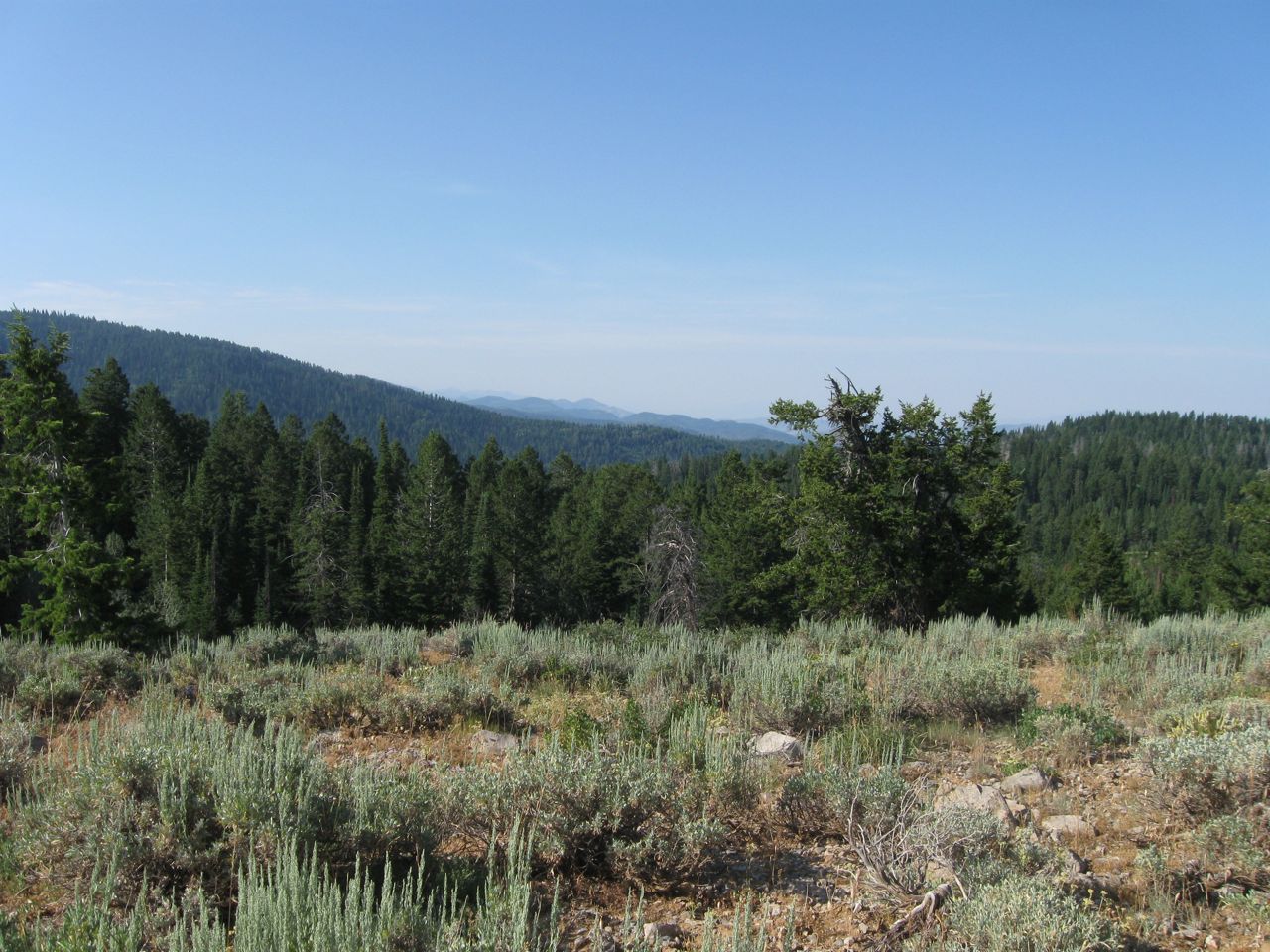 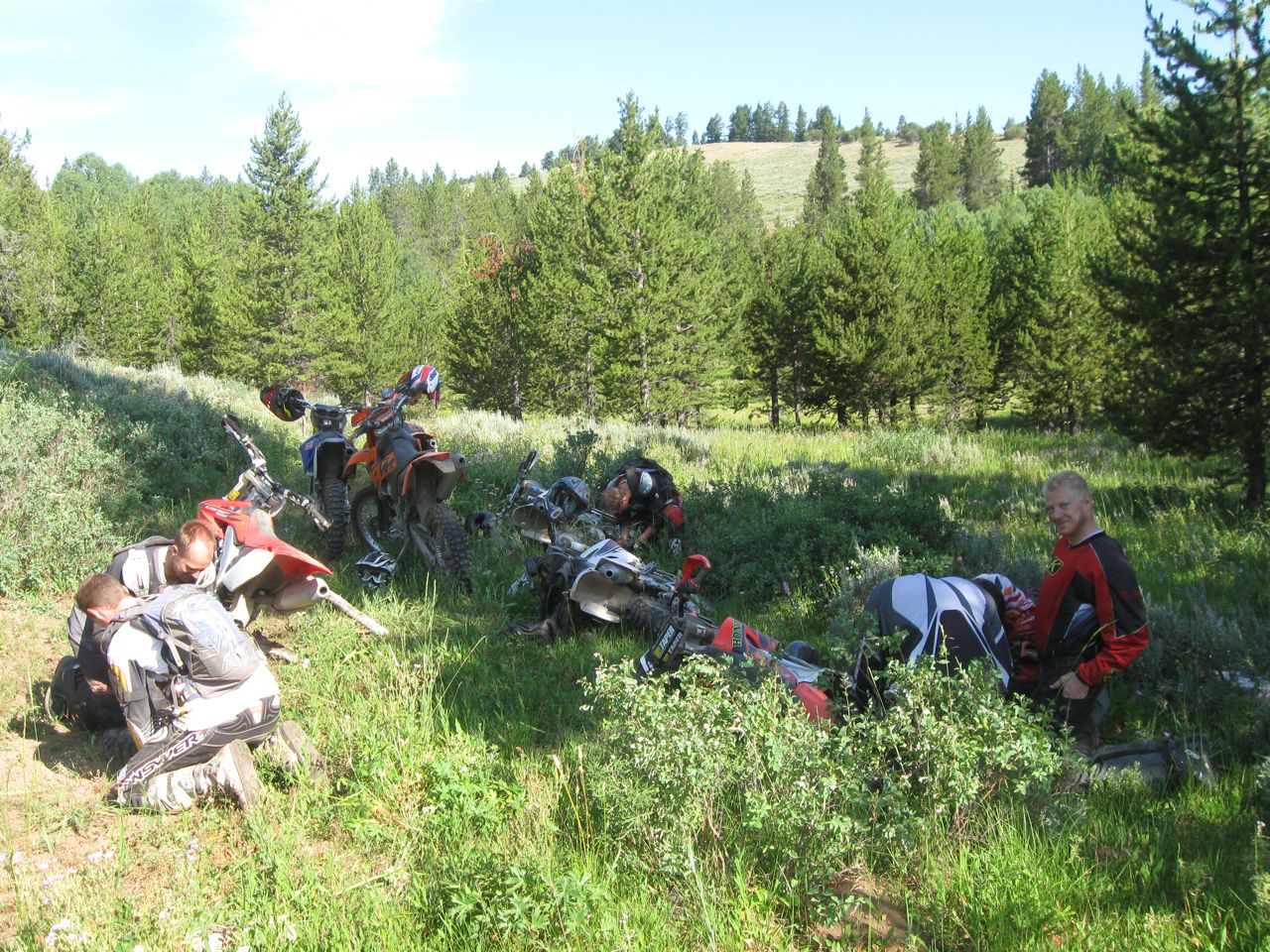 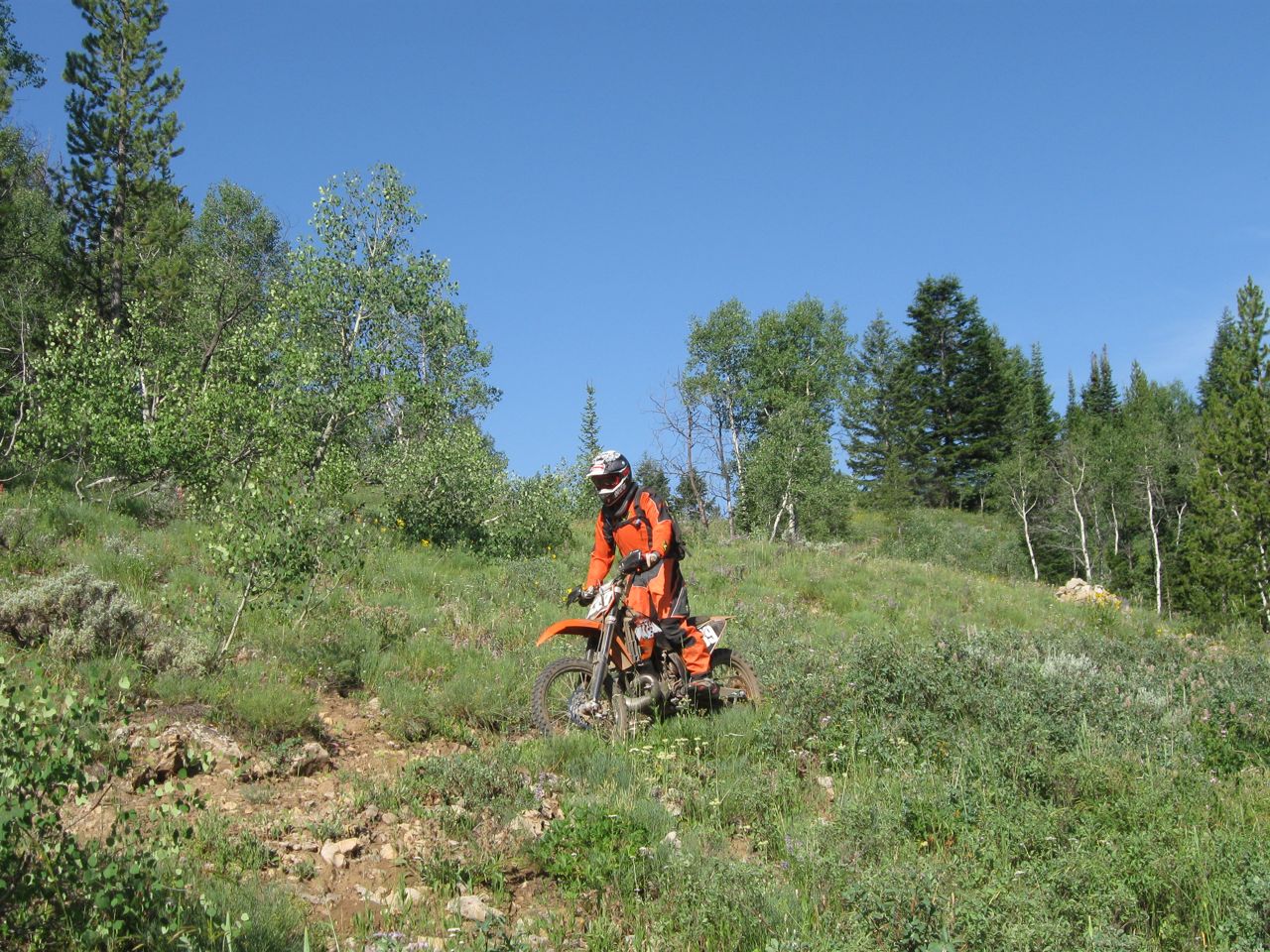 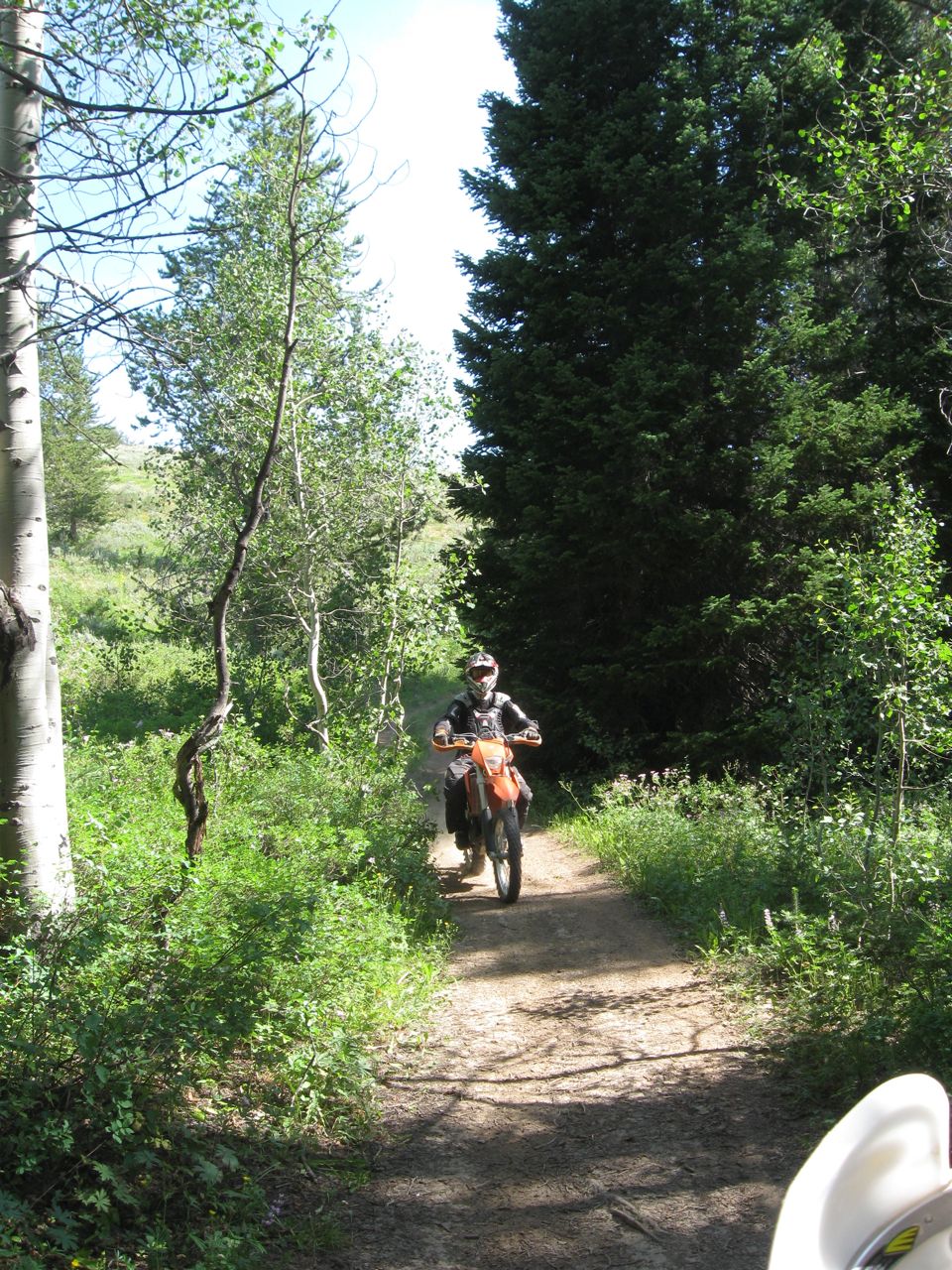 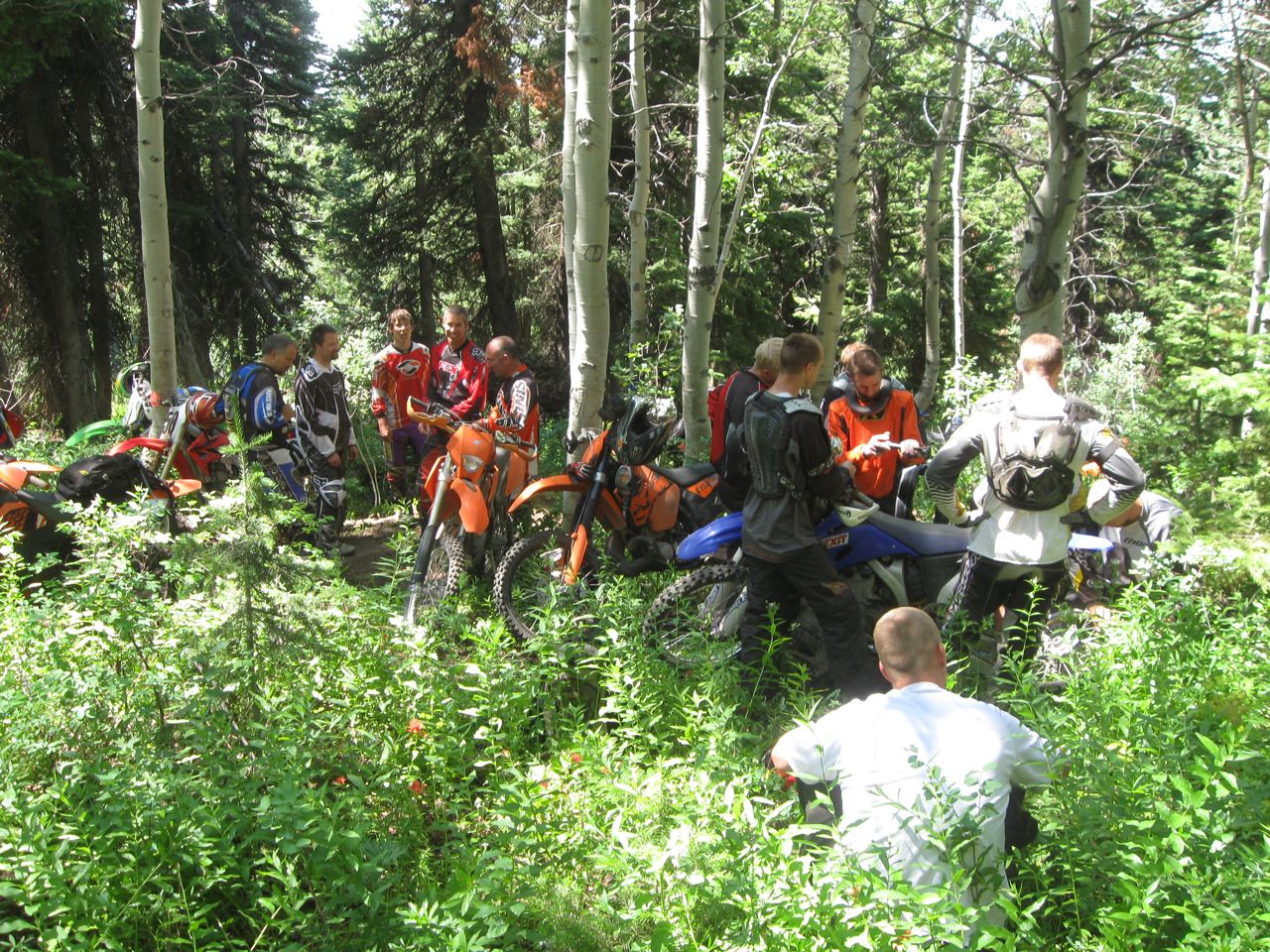 Comments Off on Idaho Highline from Copenhagen Basin